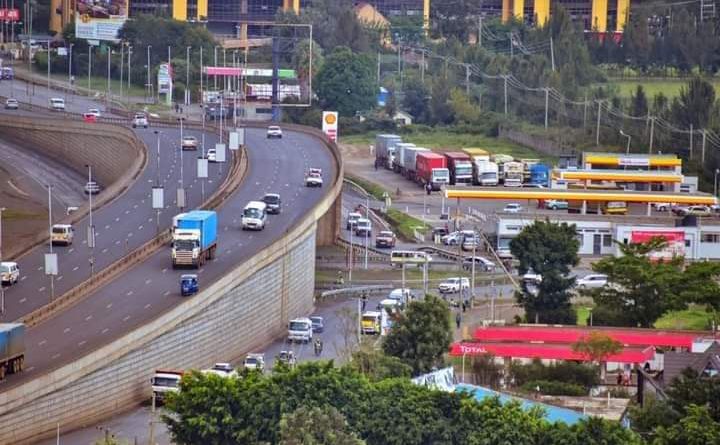 Five months after the Senate approving the elevation of Nakuru Municipality of Nakuru County into a City, President Uhuru Kenyatta has finally granted given out a charter giving it power to be the official fourth city of Kenya.

In an event conducted from Nyayo Gardens in Nakuru City in the afternoon of today on December 1st, President Uhuru Kenyatta granted Nakuru the City status in the presence of a huge crowd as Nakuru residents turned up to witness the event.

Then during this conferment ceremony, there were a few items that the President handed over to the Nakuru Governor Lee Kinyanjui to officiate the same. 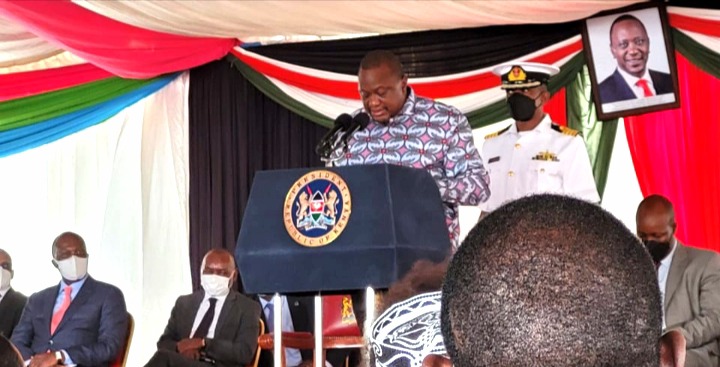 The first item to be handed over to the Governor was a signed citation which documents this conferment of the Municipality to a city.

The second item to be haded over to the governor was a Nakuru city logo which is unique to the city.

The third group of items to be handed over to the governor were three flags. That's the Kenya national flag, the Nakuru County flag and the Nakuru city flag.

After the flags, the fourth item to be handed over to the Governor was the Nakuru City Seal that'll appear on all official documents coming from Nakuru city offices.

Below are photos showing the president handover those items one by one as the elated crowd cheers. 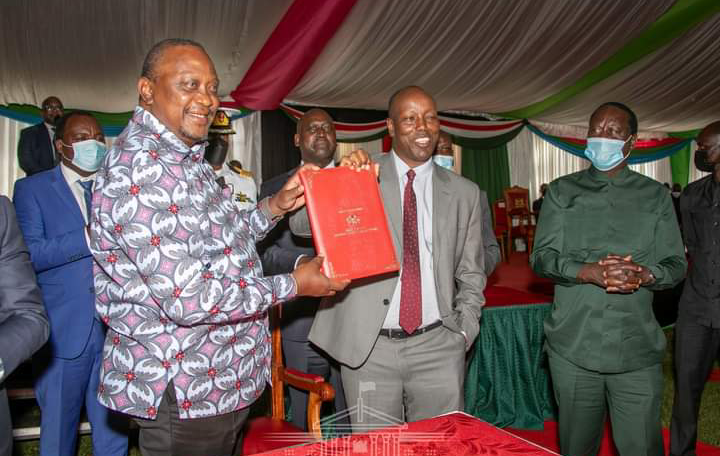 Handing over of the Citation. 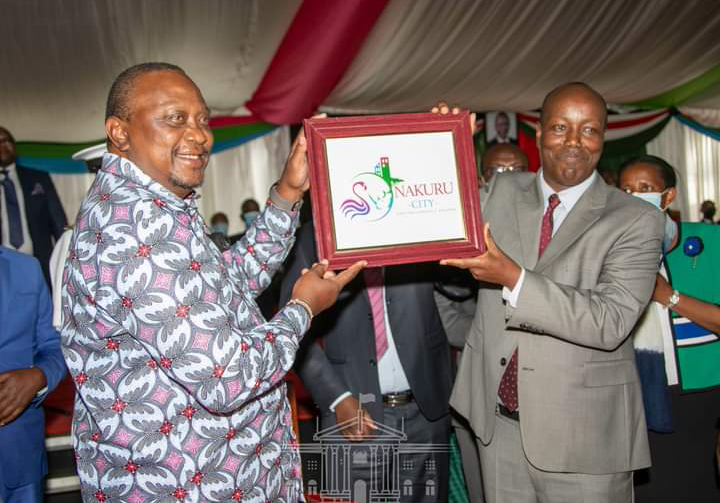 Handing over of the Nakuru city logo. 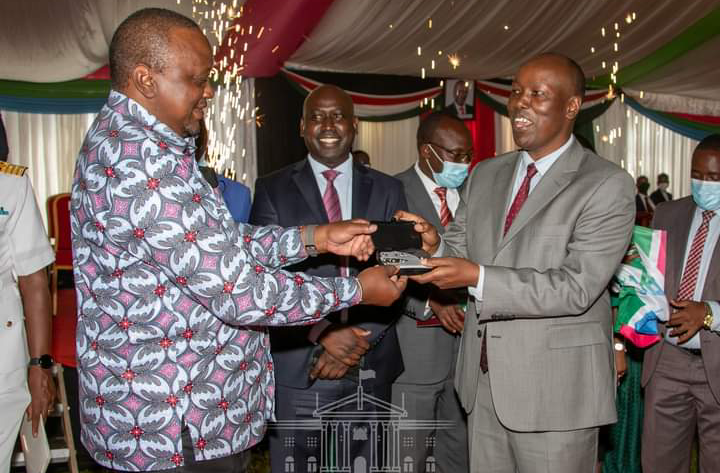 Handing over of the Nakuru City Seal to Governor Kinyanjui.

The conferment exercise was attended by several national leaders among them being Senate Speaker Ken Lusaka, former Prime Minister Raila Odinga, Gideon Moi and others. 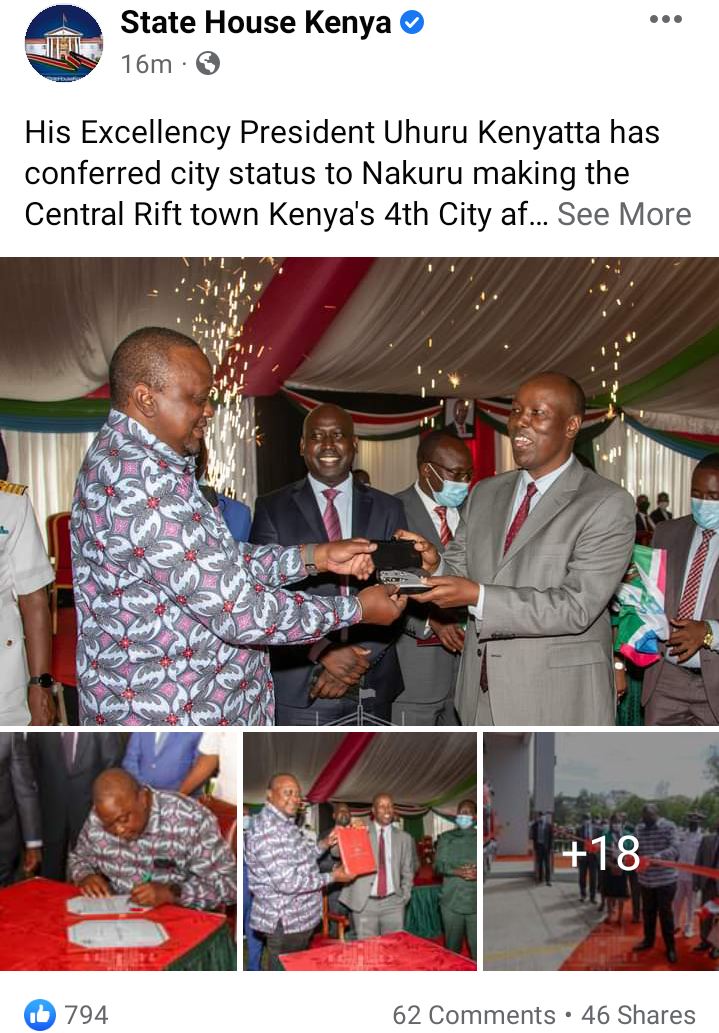