By Trendingnewster (self media writer) | 23 days ago

Taylor J Anderson, a 38-year-old female teacher based in an elite boarding school in Florida is currently behind bars after she knowingly slept with one of her underage male students, the incident about the teacher engaging in the act with the underage student was known by the police officers after some of the students who knew about the relationship alerted them.

The English teacher at IMG academy was fired following the incident and banned from accessing the school's compound. Earlier in July, there were allegations from the school administration that the female teacher was engaging in the act with the small boy, when the boy was confronted he admitted that the act was done to him and the one responsible was his teacher.

After learning this, the school administration decided to report the matter to the boys' family who later informed the local authorities. The detectives approached the young boy and questioned him about the lady, he later revealed that the teacher used to pick him from home, they communicated via Instagram and Snapchat.

It was also learned that the two had already introduced the story about engaging in the act before the meeting. When the phone of the young boy was retrieved, they were able to see the two engaging in dirty acts and exposing their privates, a photo of the two without clothes inside a car was also seen as evidence to show that they engaged in the act while inside a car.

Despite not saying a word to the detectives, the teacher was arrested and she is to be charged with engaging an underage boy into the act. 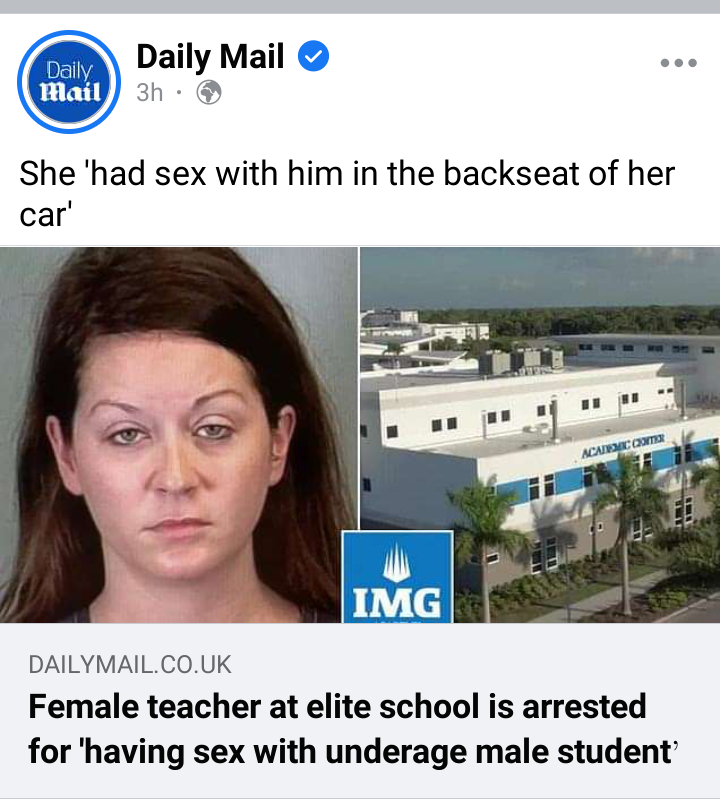