By SirDrankurd (self media writer) | 28 days ago

A Kenyan musician and a social media influencer known by many as Akothee has revealed to the public what she's been going through as a celebrity. Akothee is popularly recognized for her headstrong and stand still even on matters of challenging. The social media influencer claims that being a celebrity has caused her alot of enemies who were once her supporters and she helped at one point.

Akothee wrote that she has been very sensitive of late that she doesn't even want to leave her house to be recognized in public. She revealed that she has been running away from her fans on several occasions because of the things she has experienced from the fans she helped in the past. She says that most of the ones who really made efforts to show her love turned into "upgraded Professional haters". She further claims that as an entrepreneur and a public figure, she has met real haters live at various places including her place of work.

Akothee cried out saying that she has been getting traumatized whenever she thinks of leaving her house or jumping out of her car to meet her fans. She says that she always feel attacked even when nobody is attacking her in real sense. 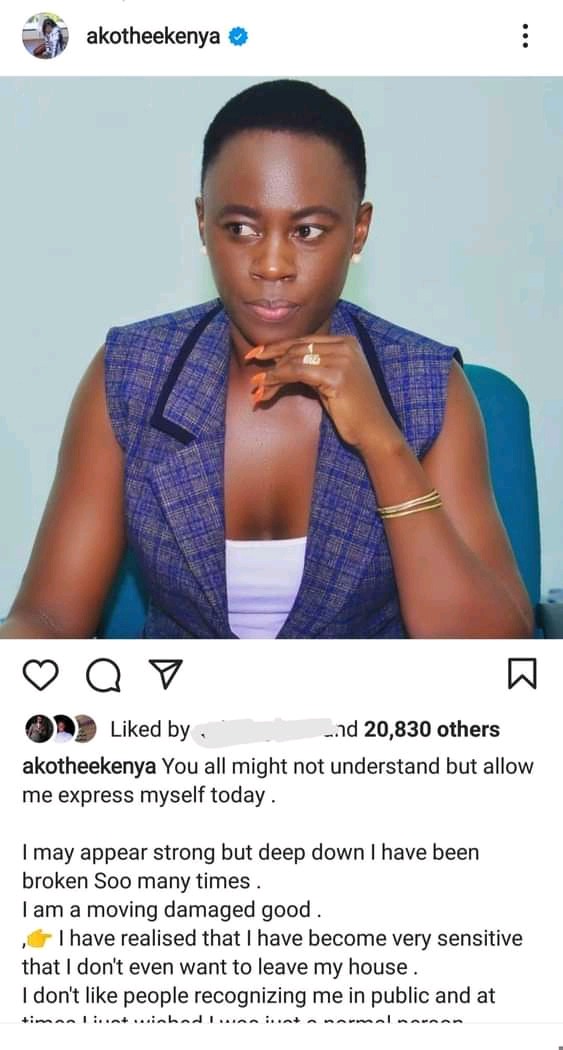 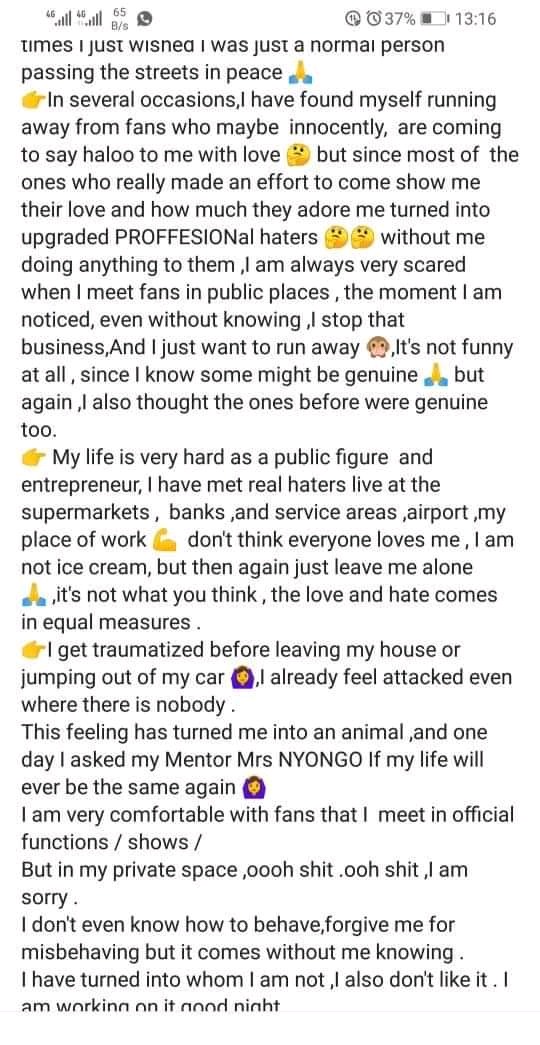 Akothee's Daughter Rue, Reveals The Amount She Spends On Her Hair