By Annnjeri (self meida writer) | 15 days 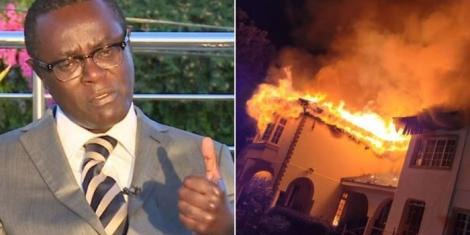 Political Analyst Mutahi Ngunyi is counting losses after a fire tragedy struck and razed down his Runda apartment on Wednesday, July 14 and his employee has now revealed new details about the inferno.

According to the employee, Ngunyi and his family were at home when the midnight fire started and the police were alerted before they raised an alarm to the fire brigade who arrived late at the scene.

He further revealed that nobody in the Ngunyi family was hurt but unfortunately nothing was saved from the home of the analyst who has spent the last twenty-seven years in the residence. 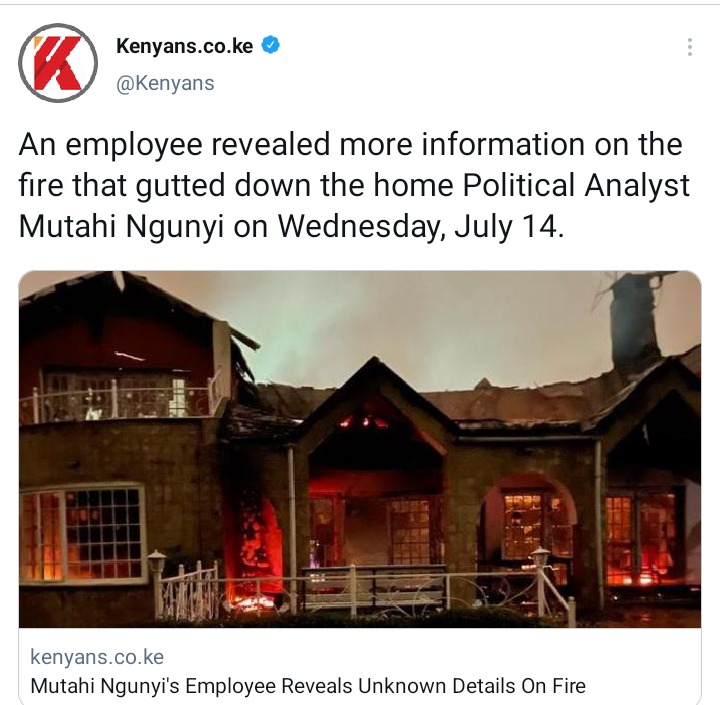 "The family was around when the fire started past midnight but no one was hurt. Nothing was saved because the fire engines delayed," he stated.

The police officers however said that they arrived at the scene immediately they were called at 2 am and alerted the firefighters who tried to put out the fire upto 4 am.

The cause of the fire is yet to be established although the Kenya power was at the scene to collect samples for forensic analysis at the government chemist.