List Of Newly Elected Governors So Far, Check Out Your Governor For The Next 5 Years The announcement of results for governor seats yesterday on Thursday after IEBC officials on the county levels completed counting the results. Mombasa and kakamega county however did not take part in the gubernatorial election. IEBC chairman Wafula Chebukati suspended teg election and they are set to take place on August 23, 2022. Here is a list of some of the elected governors according to star newspaper. 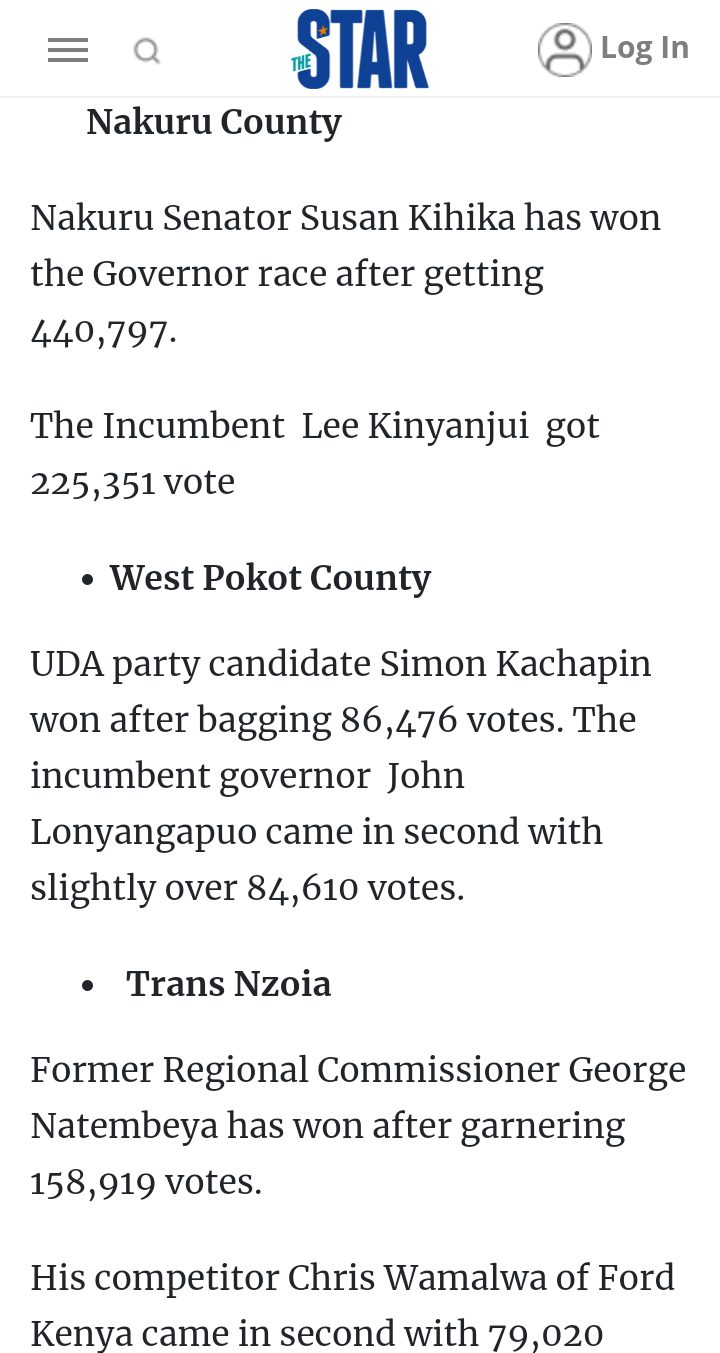 George Natembeya has emerged the winner Trans Nzoia gubernatorial race after flooring Chris Wamalwa with 158,919 votes against his competitor who bagged 79,020 votes.

Stephen Sang has retained his seat as Nandi county governor after bagging 237,045 votes beating his opponent Cleophas Langat who got 54,375 votes.

Paul Otuoma Otuoma of ODM retained his seat by garnering 164,478 votes votes ahead of ANC candidate John Sakwa who came second with 92,144 votes.

Hillary Birchok has been re-elected as Bomet governor after winning with 158,798 votes beating his main rival Isaac Ruto who garnered 137,323 votes. 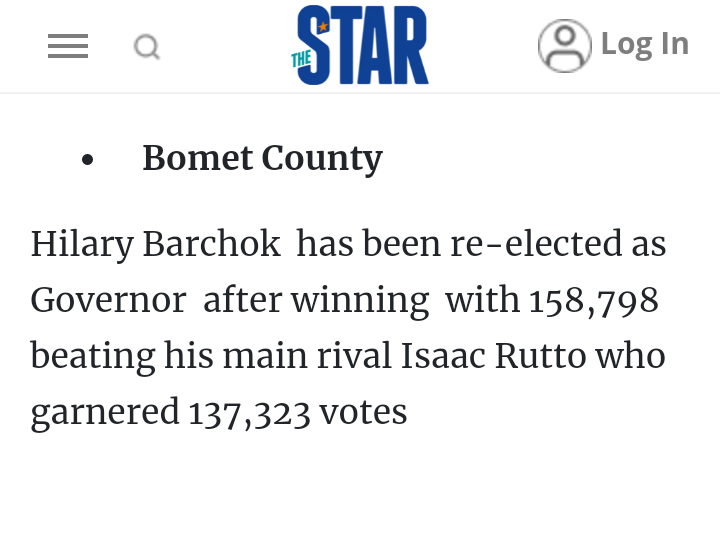