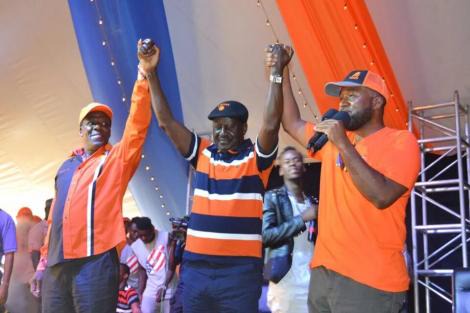 The Orange Democratic Movement party secretary General Hon Edwin Sifuna has today made a crucial announcement regarding the Nomination of ODM's presidential 2022 flagbearer.

In a press statement released to various media outlets in the country, Edwin Sifuna has announced that the primary Nominations which was to happen in choosing ODM's flagbearer has been postponed to an unknown date in the spirit of the handshake. According to Sifuna, the Nomination will take place only and after the Building Bridges Initiative constitutional amendment process is completed. 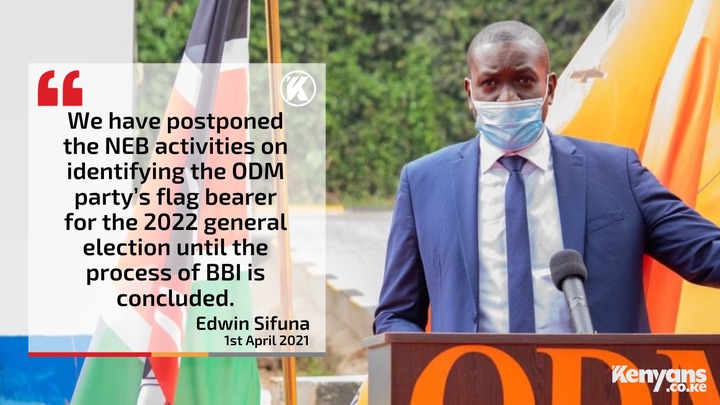 Sifuna has also disclosed that all the party members have agreed to postpone the vetting process to give BBI more attention with it any interference.

"We have suspended all the NEB activities on identifying the suitable flagbearer for ODM party Until the BBI process is complete, "Edwin Sifuna has stated. Raila Odinga, Wyclife Oparanya And Hassan Joho expressed their interest in using ODM party ticket to vie for presidency. The three were to face each other in primary the Norminations to determine the most suitable candidate.