By All_News-ke (self meida writer) | 1 months A nigerian man by the name Ufot Ekong has been reported by African Report Files as an African genius after achieving extraordinary feat in his college education. It's reported that Ekong while in his first semester at the Japanese University made a record by solving a Mathematical Equation that could not be solved since 30 years ago.

He is reported to have later graduated with a first class honours breaking a 50 years record which had not been achieved since 1965. Ekong famously known as Uffy Uffot Ekong in Japan also made history as the first African to graduate as the overall best student in Tokwai university during his time having graduated in Electrical and Electronic engineering. He further led a group of students in the same field to build this patented electric car.

Ekong is now happily married to his Japanes lady as he continues to pursue his career. He has two kids and lives in Japan. 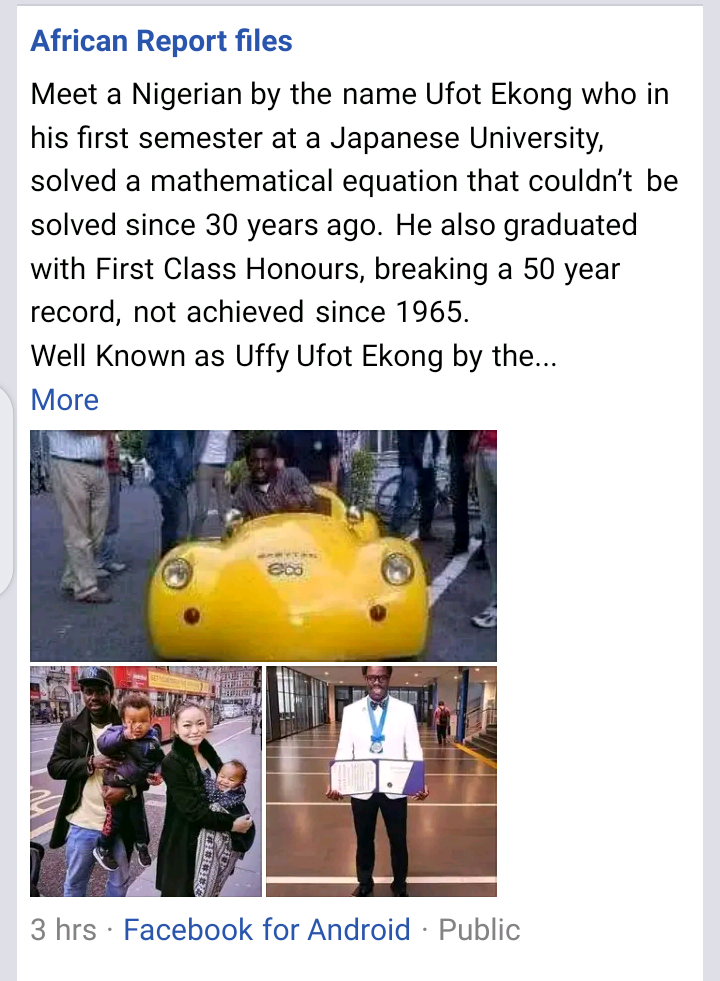