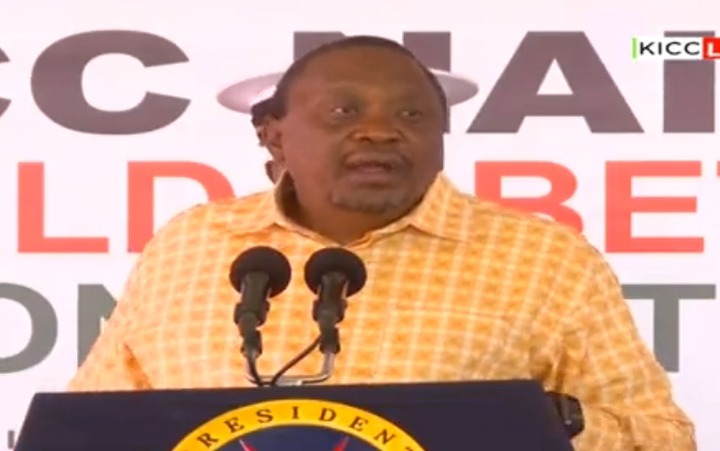 President Kenyatta while speaking at National Council for Ushirika Day at KICC has stated that enhanced transparency and competition have enabled coffee prices to increase for the farmer rising from $143 to $320 per 60KG bag between 2018-2019 and 2021-2022. President Uhuru Kenyatta has stated that his administration since 2013 has undertaken major policy reforms in the agricultural sector in order to create an enabling environment.

President Uhuru Kenyatta further criticised his political foes while stating that they have been making empty promises but they did nothing when they had a chance in the government.

"Some people have been making noise but they cannot do the work they had been assigned. They are just making noise but they did nothing when they were in government. Some people's heads are just full of noise. Some of them were in ministry of Agriculture for eight years and did nothing but Munya has brought change in only three years " President Uhuru Kenyatta stated while criticizing those who are against his administration.

Chebukat Says That His Vice-Chairperson Julian Cherera Wanted To Force A Run-Off.