By CrazylassSports (self meida writer) | 18 days

England got unlucky during penalties and got eliminated in the finals. Three players missed their penalties. Jadon Sancho, Bukayo Saka and Marcus Rashford were the last ones to kick a penalty. They were later on subjected to painful racist abuses. Saka was filmed crying after he missed a decisive penalty. The England teammates gathered around him to console him. His own mother was pictured embracing his own son. It has been a difficult moment for him after the color abuses directed to him. 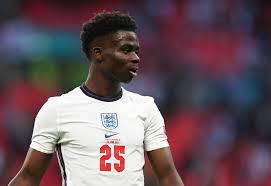 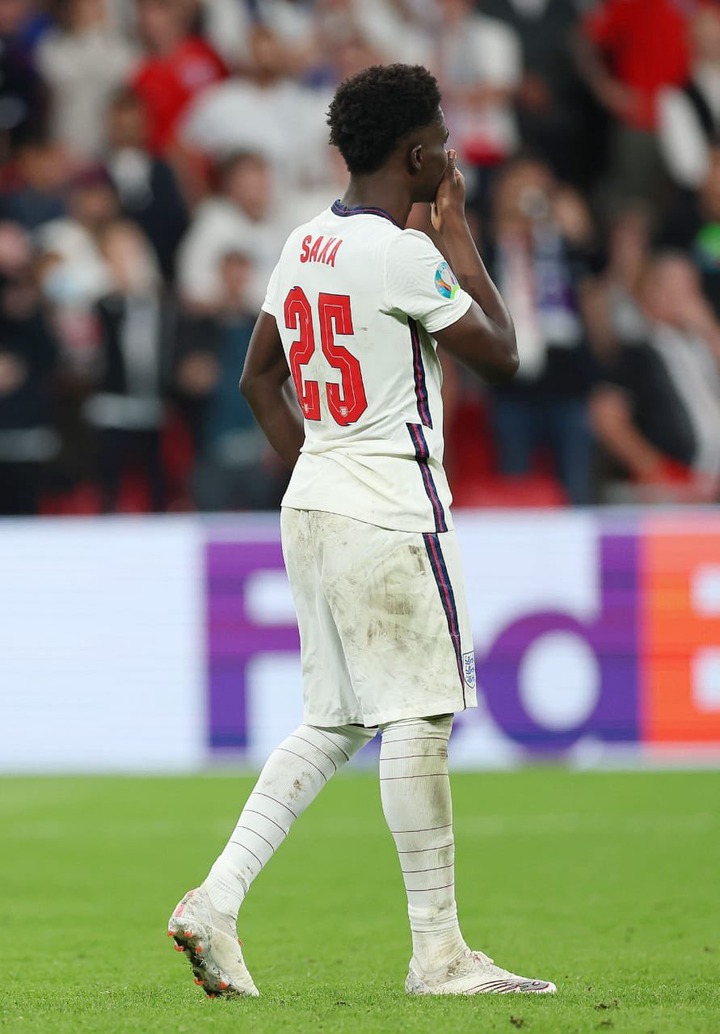 Bukayo Saka has today openly released an open letter to the fans and the public. He begins by thanking the fans who supported and the good messages he has received. He further explains his fury of missing a penalty. He explains that he wanted to score the penalty to help the Young Lions win their first trophy. He promises the fans that next time they will fight as a team and make sure the current generation taste a trophy success. He thanked the England team who have acted as a family during this difficult times. He then points out to all social media platforms for failing to combat racists. He makes the people remember that loves always wins at the end of his letter. 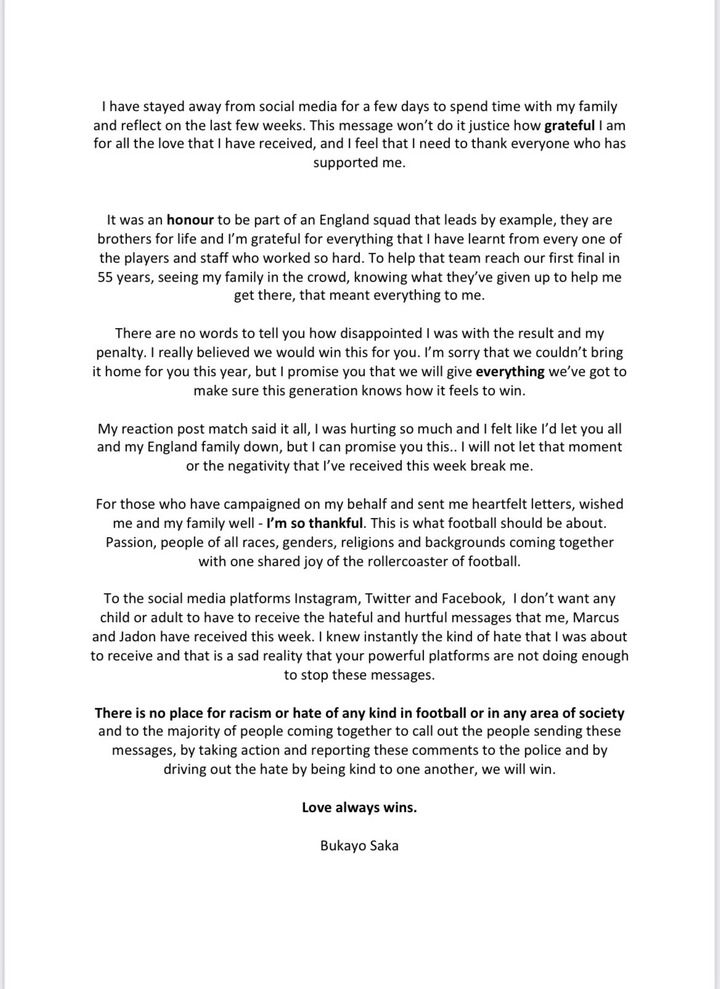