Your Government Is Corrupt, Kenyans Blast Pres Uhuru After This Post Went Viral On Social Media

By Paulco_Updates (self media writer) | 27 days ago 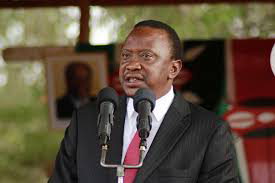 It's very unfortunate and disappointment for President Uhuru and his officials, after a renown athlete, reveals how government officials tore his papers and and blocked her from renouncing Kenyans citizenship.

Jepkosgei, who is commonly referred to as ‘Eldoret Express’ - a name adapted from the speedy buses that dominated Kenyan roads in the 1990s, could not have been the first female Kenyan middle-distance runner to bag a gold medal in 800m had her plans succeed. 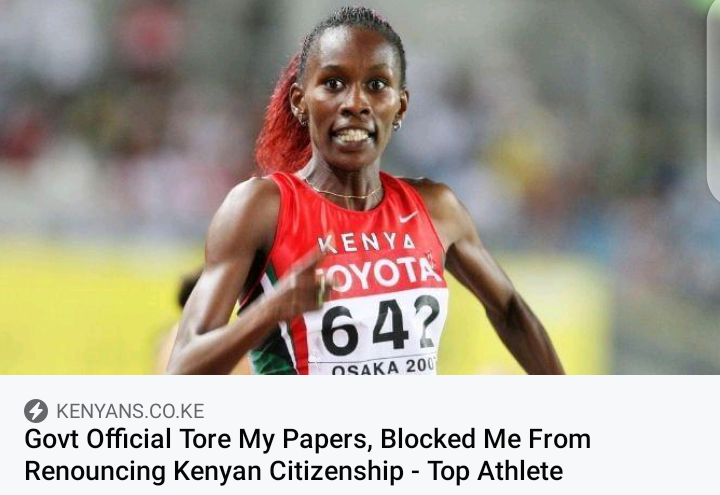 Speaking to a local TV station on Thursday, November 4, Jepkosgei stated that she had made up her mind to switch her citizenship and become a citizen of Bahrain back in 2005.

She narrated that she had already made her applications and all the paper works required and she only needed one signature to bid goodbye to Kenya. However, her plans hit a snag when she met the then Athletics Kenya President, Isaiah Kiplagat, who tore apart her documents and trashed them.

He went ahead to chase her away telling her to get back to training. That meant her plans to renounce her citizenship had stalled.

Jepkosgei contemplated switching her citizenship after Kenya failed to send her to represent the country in the 2006 world competition despite winning the 800M race..

The decision not to send her to represent the country was, however, based on the fact that she did not beat the qualifying time.

"Kiplagat was like my father and when I told him that I was shifting to Bahrain, he took my papers and tore them. He then asked me to continue training hard for the next event which was Commonwealth Games in 2006,” she stated during her past interview. Wish her well in life