Why DP Ruto Will Win 2022 Election with a Land Slide

By Newsaggregator. (self meida writer) | 29 days 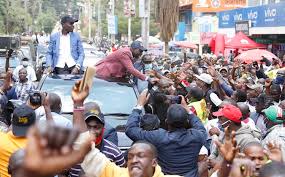 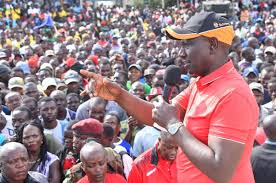 Dp Ruto is one politician who knows how to cast his net far and wide. He knows when to strike and when to stay calm. He is a mobiliser as it can be seen from how he martialled heavy support in 2007 for former prime minister Raila odinga and 2013 , 2017 for his Excellency President Uhuru kenyanta .

In 2009 when ODM thought it has cornered Ruto in maize scandal, he emerged in a form of opposing the current constitution. Any political science student can tell that Ruto knew very clear that it was difficult to defeat Raila and Mwai kibaki in that constitution referendum but he went ahead to oppose it anyway. He opposed it not to win but to gauge his ability, political muscles and scale rating country wide.

Dp Ruto lost in 2010 referendum to Kibaki and Raila but in reality he gain more mileage as he toured through the country. The referendum gave birth to URP, a part that Ruto used to bargain for his political position in 2013 general election. It is important to note that no one made Ruto strong, no political bigwig helped Ruto in his political journey while opposing the constitution changes, all political bigwigs were for the change.

Dp Ruto is one politician who doesn't wait for political endorsement, he stratigiese and forge his own political way. He doesn't entertain political betrayal, ance you play him wrong, he move out and charts his own way.

To his supporters, he is their idol, to his political enemies he is one man whom they can't predict his next move.

Dp Ruto stood by Uhurus side in 2002 when no any political bigwig did, he still did the same in 2013 and 2017. He single handadly made Uhuru president. It remain to be seen if Uhuru will reciprocate the gesture to him, though Dp has stated clearly that he is not banking in anyone support.

From above, it can be seen clearly that Ruto probability of winning 2022 election is 99%. What is you take? Do you think Ruto will win and Why? Feel free to comment and share.

Content created and supplied by: Newsaggregator. (via Opera News )