"My Husband Was In A Cult, He Tried To Kill Our Asthmatic Daughter And Our Son" A woman Narrates

By Carreynews (self meida writer) | 21 days

Mumbi Kibathi is a former Doctor who used to work in the United States of America. She migrated to America when she was 13 years old to live with her aunt. In the states she was able to study until she became a doctor.

She was employed in Francisco for several years until migrated to Massachusetts where she had heard that the payment was better than that of the hospitals in Francisco.

When she went to Massachusetts being the silent introvert that she was, she was opened up to a new world. She met people from her home Kenya, people who shared a mother tongue with her. To her this was kike a new world. This was where she met her husband.

The husband was a Janitor at the same hospital Mumbi was working in. The two fell in love and got married two years after. They had a grand wedding that had more than 1000 guest invites all from America. 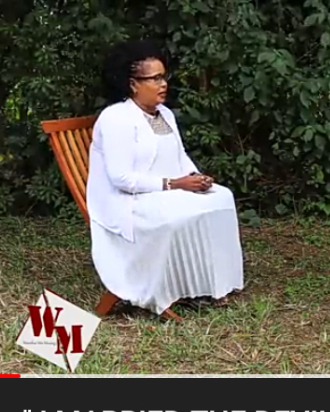 After their Marriage Mumbi started her own Agency, called Global Nursing Agency where she employed her husband as one of the employees. He bought him a car and made him head of the cash office.

After their two children were born, boy and girl, Mumbi and her husband adopted two more children and decided to move back to kenya with their new acquired wealth. Back in kenya she had managed to build rental apartments and start up a cosmetic business in Nairobi.

Mumbi had noticed strange things like her husband revolving around the table at night from 12am-6am everyday but she assumed it and never thought much about it.

Upon arriving back in kenya, Mumbi's husband left her after a week. He went and remarried another woman. He was after the properties Mumbi had bought back here in kenya.

The struggle started when Mumbi refused to oblige. Her husband declared war on her and ever since has tried to kill her more than 5 times. He went further, and tried to kill his Asthmatic daughter by suffocating her. Mumbi narrated that there was a time he tried to make an infected dog to bite his own blood son, so that he may die.

The husband has been trying to frustrate Mumbi's life and that of her kids, her mother has also been a victim since she was cut by a machette by thugs sent by the husband.

Mumbi does not understand what happened to the sweet husband she married and what resulted to the birth of this monster that keeps haunting her. Even after their divorce being finalised, it is sad to see that the husband is still trying to hurt mumbi and her family.

She called upon everyone in higher ranks , people with authority to help her stop her husband and to help save her children's life