Imenti North Member of Parliament Hon Rahim Dahood an ally of President Uhuru Kenyatta's Jubilee Party has for the first time delivered signals that the relationship between the two leaders could end up in premium tears.

This is after the Kieleweke MP has openly announced that he isn't aware of any coalition talks between Uhuru and Raila, adding that Kenyans must learn to distinguish between fake and actual news even as the 2022 general election draws nearer. 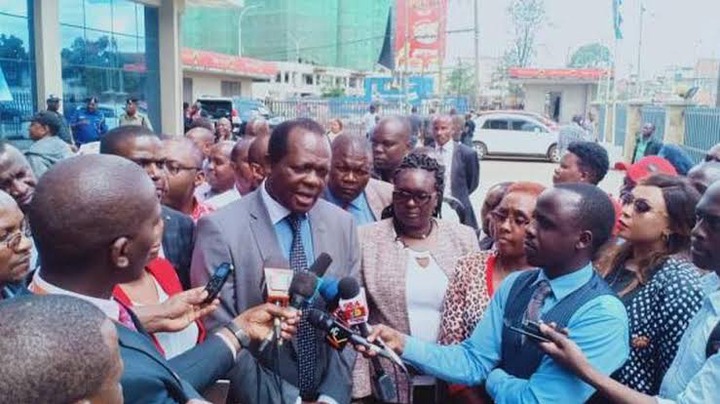 Disclaimer: The Above Photo is Used For News Reporting Purposes Only

Speaking during an exclusive interview with the star on Tuesday, the lawmaker has dismissed claims by some senior ODM and Jubilee Members that the plan to merge the two parties is at its advanced stages after claiming that party members haven't been involved in the alleged plan.

Regarding to Raila's 2022 Presidential Bid, Hon Rahim Dahood has also announced that the ODM Party Leader should take care as far as President Uhuru Kenyatta's Mt Kenya backyard is concerned after warning that his (Raila) allies have already made several inroads.

"On this, I will join my colleagues (SK Macharia, Governor Waiguru, Maina Kamanda among other leaders) to him that Things are getting messy. The man (Ruto) is making several inroads into the region even as we try to organize how to neutralize him," Rahim Said. 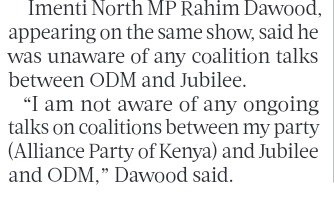