By Misspolitics (self meida writer) | 22 days 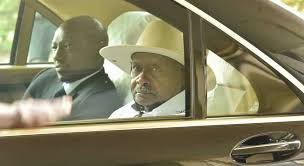 According to reliable reports, Ruto has close political and commercial ties with one of Kenya's largest trading partners and is known to have business interests in the country.

Insiders at the meeting hinted that the trip was supposed to accomplish many things at once, including seeking Museveni's support for 2022, raising funds, and going about their business in the country. 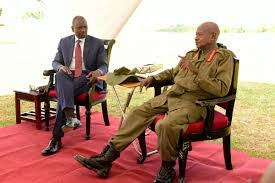 According to a close ally of the second in command, Ruto also requested the intervention of Museveni to settle things with his boss, President Uhuru Kenyatta.

Ruto now believes that despite a strained relationship with his boss, the meeting window before the next election remains open.

“Being an elderly statesman, Uhuru may be able to hear him and retrace his steps,” the high-ranking source suggested.

According to the source, Museveni, in power for nearly four decades, has a great influence on politics in the region.

Other reports have indicated that Mr. Museveni feared that the DP's type of politics, in which he often confronts his boss head-on, could end up working against his ambition for the State House.

The Ugandan president, who is said to have supported Ruto's presidency in the 2022 elections, is said to have asked him to adopt a less confrontational method of seeking votes. 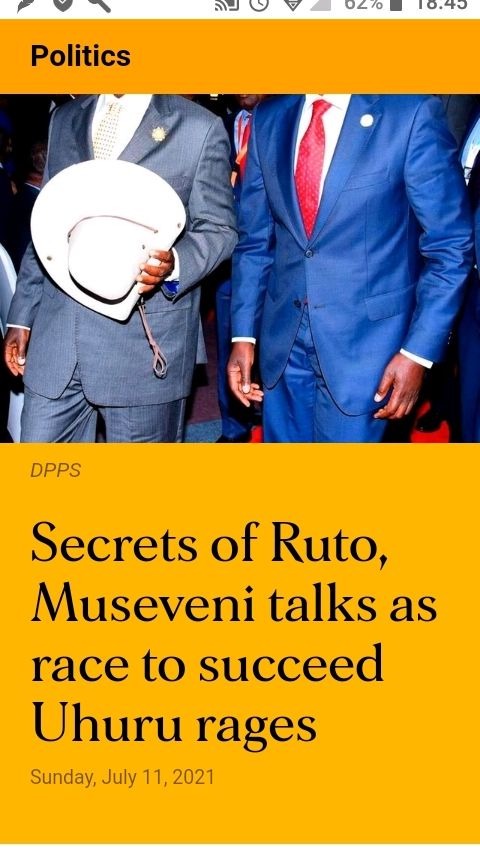