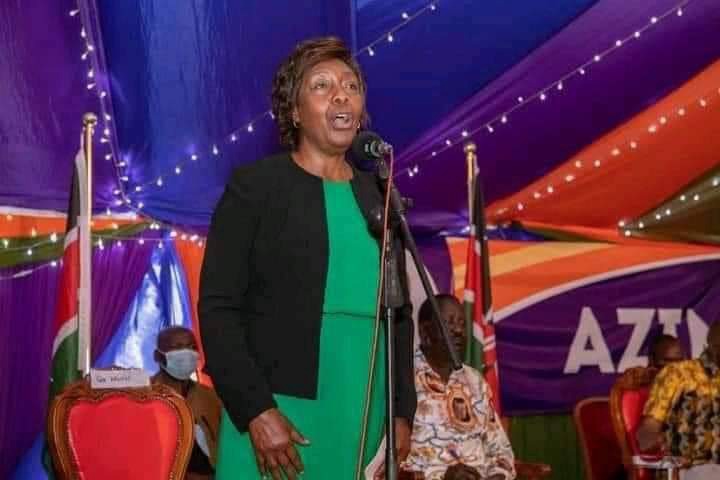 Ngilu on Friday made various allegations against Ruto when she attended Azimio La Umoja Kenya Nzima forum in Makueni county where ODM leader Raila Odinga was the chief guest.

She accused the DP of stealing billions meant for the construction of Thakwe dam between 2013 and 2017 when he was still in good terms with President Uhuru Kenyatta. 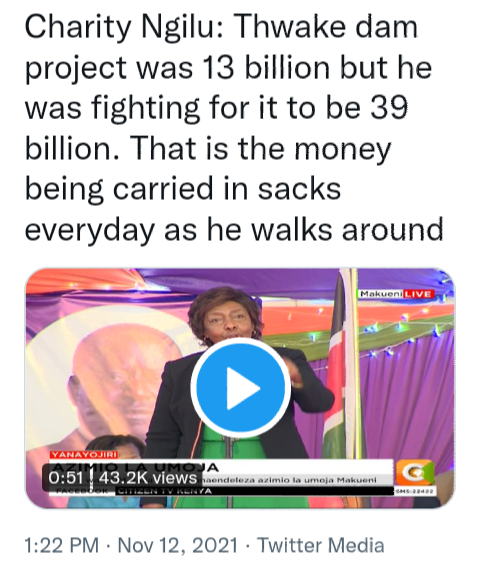 The Governor, who revealed she always switches off TV when Ruto appears, claimed the DP has been carrying the money he stole from the project in sacks and has been using it to bribe voters ahead of next year's polls.

Ngilu cursed Ruto adding he was corrupt to the core and would run down the country if elected as President. He urged Kenyans to rally behind Raila's candidature. 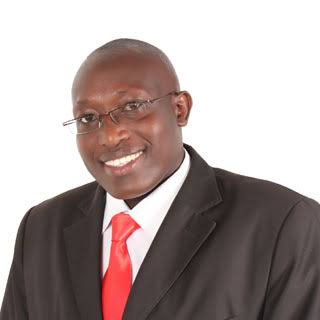 Reacting to the sentiments, Mosop parliamentary seat aspirant David Tarus told off Ngilu saying she was also corrupt and has no authority to lecture Kenyans on good leadership.

He also accused her of promoting tribalism by burning lorries belonging to non-Kambas that were ferrying charcoal from Kitui a few years ago. 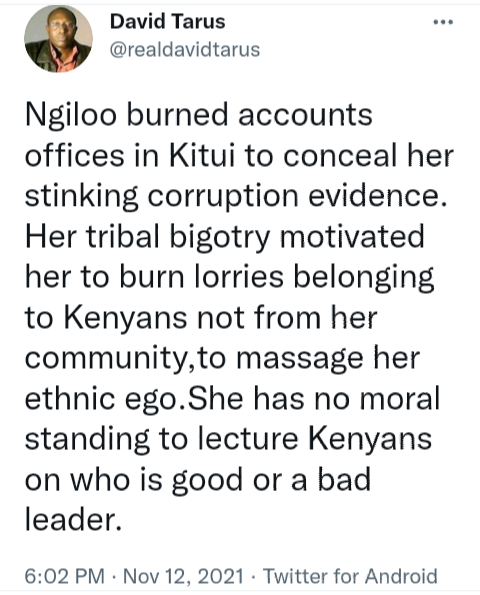