By MinAda (self media writer) | 6 days ago

Few days ago, IEBC chairman Wafula Chebukati came out and called upon politicians who have started early campaigns. He told them that it is not yet time for campaigns and therefore they should stop. Few days later, ODM party leader Raila Odinga has sent a message to him. 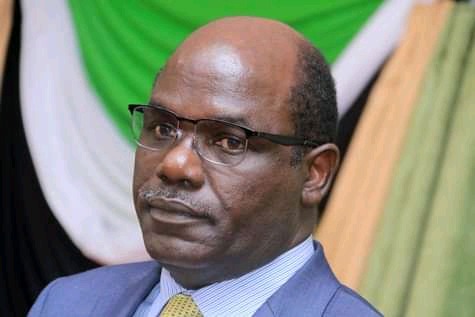 ODM leader Mr. Raila Odinga has today told the IEBC chairman Mr. Wafula Chebukati to stop beating around the bush and mention names of the politicians engaging in early campaigns. He says he is yet to declare whether or not he will vie for the top seat in the next general election and that his Azimio la Umoja countrywide tours should not be mistaken for the campaign. 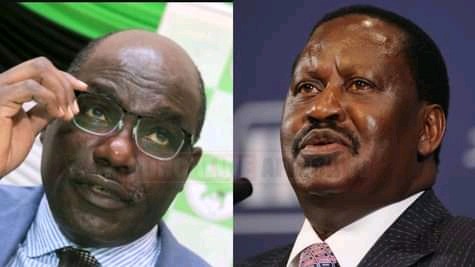 He says the Azimio la Umoja conventions he has been holding are only meant to listen to the views, needs, and concerns of Kenyans in the respective regions and spread the message of peace and unity among Kenyans. 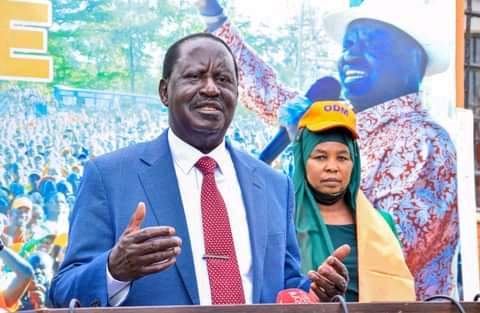 Speaking at Chungwa House when he received into the party the Marsabit County Woman Representative Ms. Safia Sheikh Adan who defected from the Jubilee party, the ODM leader said it was hypocritical for the IEBC boss to continue issuing press releases and statements without hitting the nail on the head. “What we are doing in Azimio la Umoja is different from what these other people are doing,” he said adding that he has only been holding consultative meetings with people, to listen to them and try to find a solution to their problems and needs.

He said the December 9th convention in Nairobi will be used to respond to the issues raised by millions of Kenyans through their representatives and delegations to the Azimio la Umoja conventions that have been held across the country since the month of July this year. “We have not invited any international guests to this convention, we only do that during our National Delegates Convention (NDC) which will be held sometime next year”, he said.

Mr. Odinga said he was happy with the response the Azimio la Umoja program has received from Kenyans saying it is only through unity that Kenya can move to the next level.

He thanked Ms. Adan for making the bold move to join the ODM family adding that political parties should be built on ideology and not handouts. “Political parties are not just about numbers, it is about people who are committed and subscribe to the policies and ideology of the party they are joining willingly”. 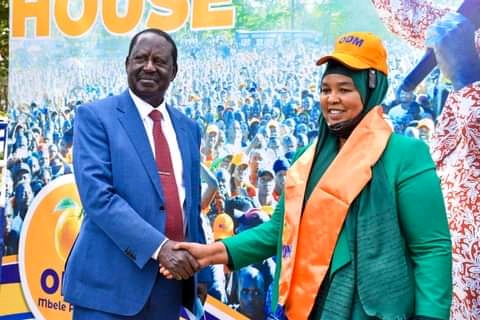 Ms. Adan said she has had the passion and the urge to belong to the ODM Party for a long time and that her move was made after wide consultations with her family and supporters and that she believes is in the best interest of everyone in Marsabit county. “I will campaign vigorously for Hon. Raila and mobilize all my supporters to rally behind his candidature” she said.

ODM Secretary-General Mr. Edwin Sifuna said the party doors are open for everyone willing to join in saying “in the spirit of gather-all and scatter none, we shall welcome into the party even those who had left the movement”.