By nziokajustin (self meida writer) | 8 days 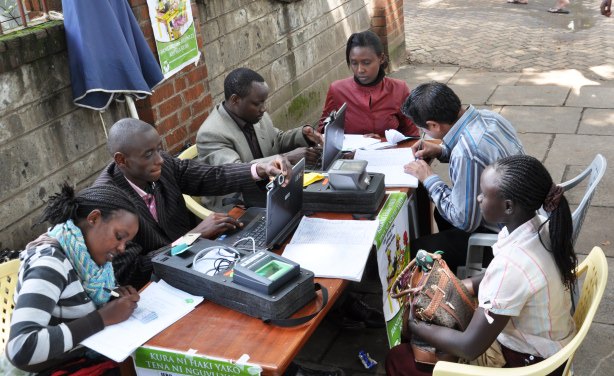 IEBC estimates that the target is among the youngsters who have since gained the legal voting age over the last five years.

"The IEBC targets at least six million new voters at the county assembly ward level and we urge all eligible Kenyans who have not registered to turn out up in large numbers and register," stated IEBC Chair Wafula Chebukati.

The commission has set October as the suitable period for the exercise, laying open a new battle frontier for political parties in the 2022 race for State House as well as other electoral seats.

Past voter registration trends have been used in foretelling presidential election outcomes with some accuracy, given Kenyans’ inclination to vote as regional blocs.

The upcoming voter registration is so crucial especially given that it's the tool the Orange Democratic Movement (ODM) leader Raila Odinga intends to use its results to determine whether he will run for presidency or not.

speaking recently in Homabay, Raila stated that his decision will be determined by whether youths will have apploed for ID cards and registered as voters.

Although currently there are about 9.2 million eligible new voters, IEBC stated that it only targets about 6 million, out of whoch some had not attained the legal age in 2017, while others failed to register as voters.

The estimate banks on the assurance that all eligible voters will turn up as expected, while death has not been considered.

Buzeki Attends Send Off Event at Pioneer Estate in Eldoret, Mourns The Death of Ruth Njambi