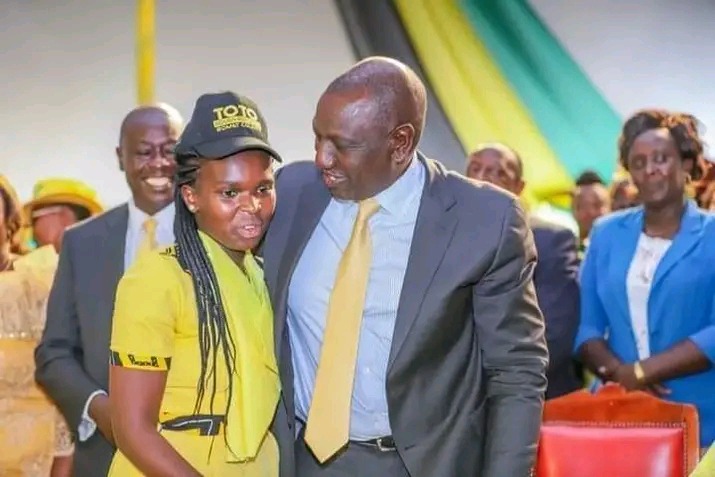 Linet Chepkorir alias 'Toto' has shared her final submission Message in her official facebook page. The Young Women Representative aspirant for Bomet County came into limelight at the start of the year, when she joined the political arena.

In her final Submission message Toto has said that her campaigns have been a unique one. 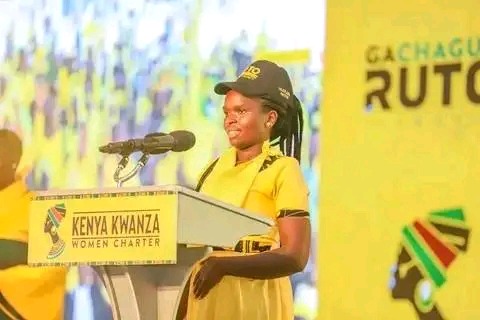 "As an hustler and first time politician, I encountered a lot during my Campaigns" Toto's message reads in part.

Linet Chepkorir, has thanked all those who supported her throughout the campaign period."Family, coordinators, media and well wishers, just to name but a few"

According to the young aspirant, it wasn't easy to convince her family members of her ambition to join politics at her young age. 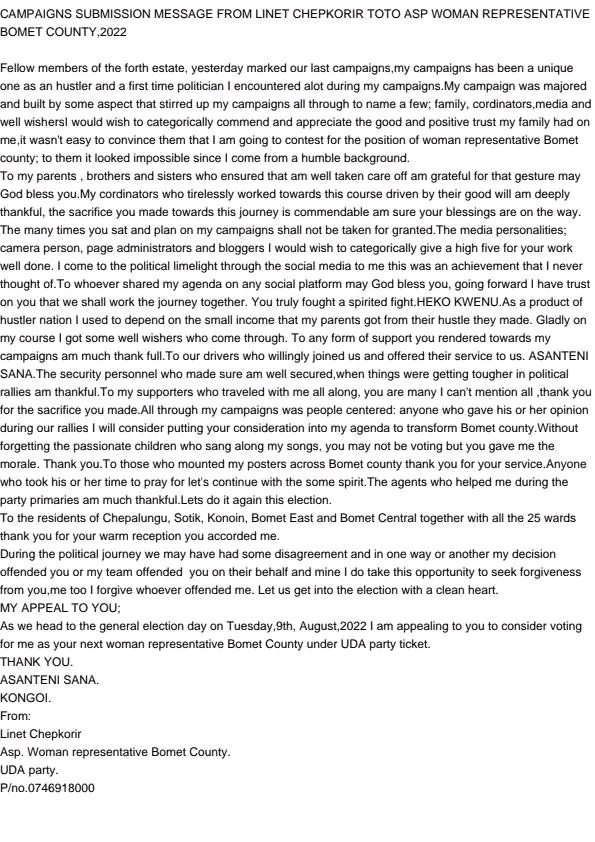 "To them it looked impossible, since I come from a humble background" Toto wrote. Linet reveals that she at first depended on the small income her parents got from their hustle. However after Linet won several hearts in Bomet County and her popularity spread across the entire country, some well wishers came through to finance and support her campaigns.

In her Final Submission, Linet has thanked her parents, siblings, coordinators, social media influencers who popularized her and the media as well as security personnel. 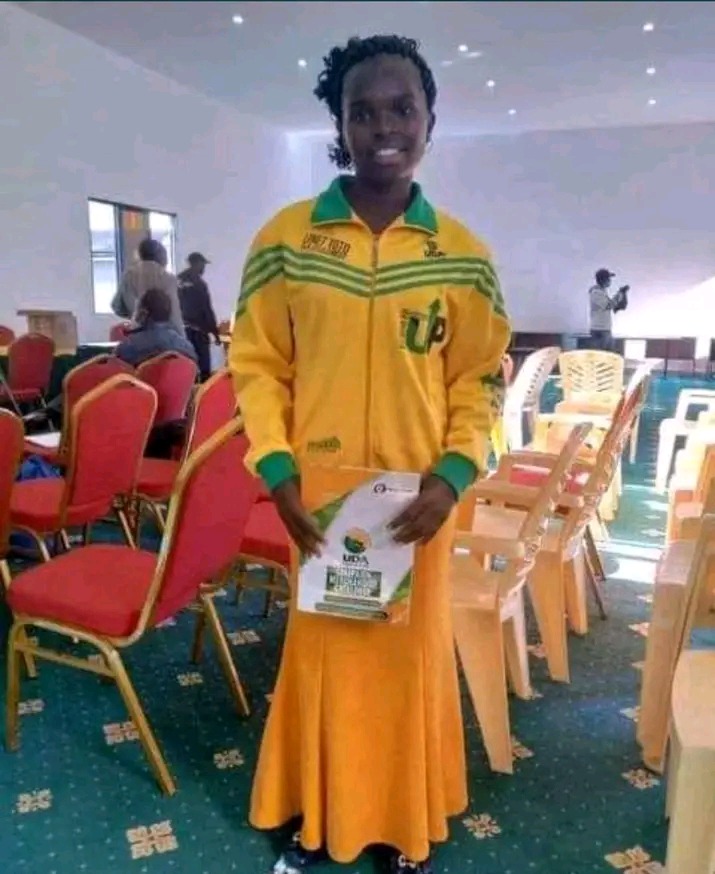 Linet became an inspiration to many Kenyans due to her young age and humility. She is Flying UDA's Flag in Bomet County Women Rep contest, and her main rival is Alice Milgo. According to opinion polls, Linet is likely to win the contest and become the youngest Women Representative in the next national assembly.