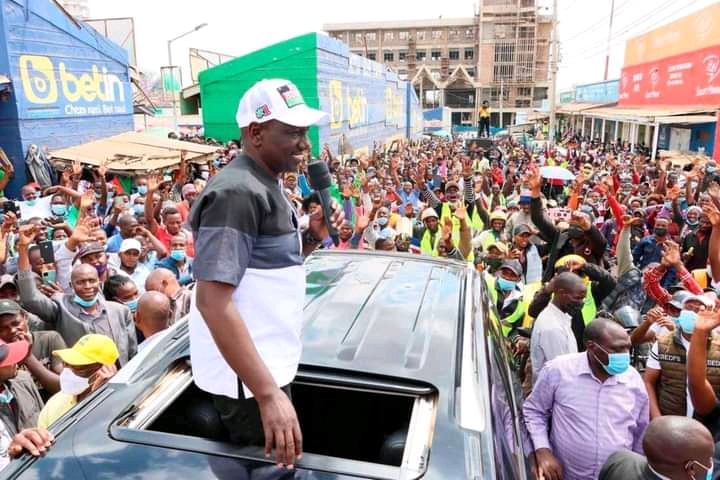 The second in command was flanked with Tangatanga heavyweight soldiers from Mt Kenya region including Mathira MP Hon Rigathi Gachagua, Kiharu MP Ndindi Nyoro among a score of other hustler nation defenders. DP Ruto is also expected to address a mammoth crowd of United Democratic Alliance (UDA) supporters at the roadside and also pit a comfortable platform to crusade for Bottom-Up economy.

Here is the link of the video. 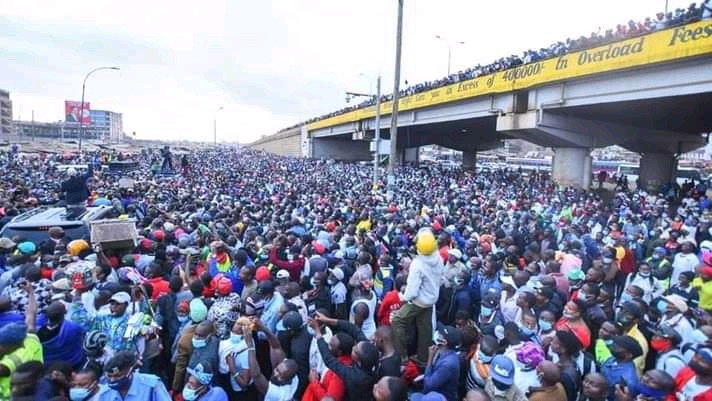 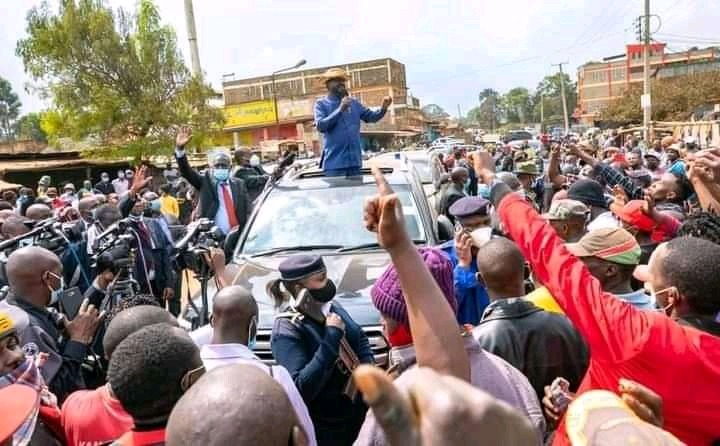 President Uhuru Kenyatta who has been linked to grooming Raila's presidency is allegedly believed to be secretly creating political hurdles and bumps for DP Ruto as he pushes the One Kenya Alliance (OKA) partners (Mudavadi, Kalonzo, Wetangula and Gideon Moi) to join Raila's train ahead of 2022 general election. 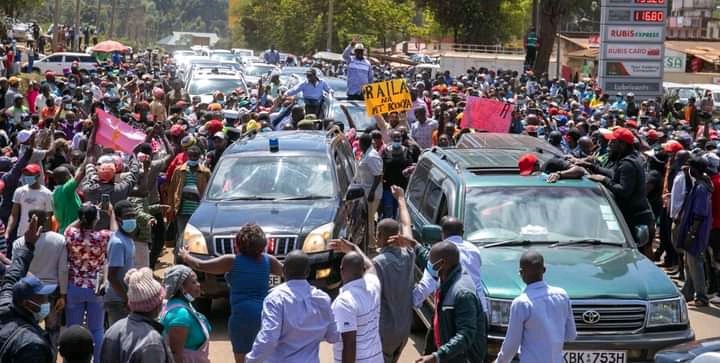 While affirming their conjoint unwavering support to Raila's presidential bid, they also urged the ODM party chief to prioritize the interests of the great people of the Mountain in next year's government. This meeting seems to have pinched a series of controversial opinions in Tangatanga camp as Kiharu MP Ndindi Nyoro and Kiambu Women Rep Gathoni Wamuchomba dismissed the meeting citing that the so called Mt Kenya Foundation billionaires are only interested in safeguarding their businesses and already acquired wealth. 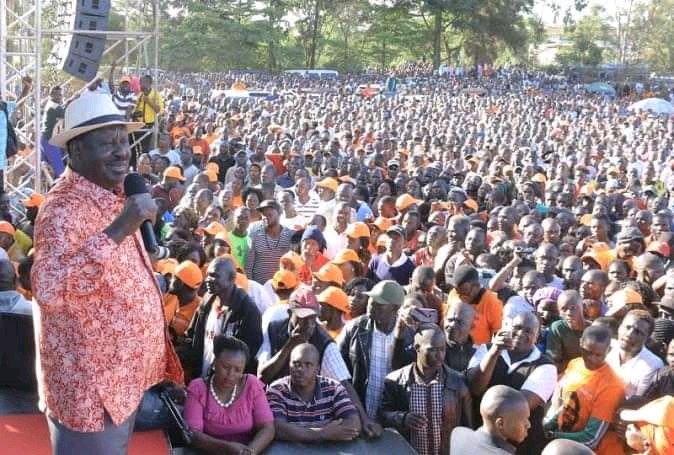 Raila, DP Ruto, Musalia Mudavadi, Mwangi Wa Iria, Jimmy Wanjigi have all thrown their spanners in the works and joined the race to replace president Uhuru Kenyatta upon the lapse of his second term on 9th August 2022. 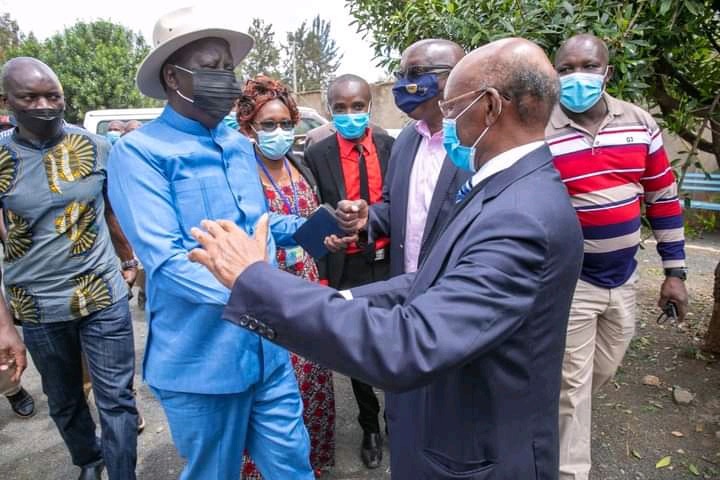