Man Attacks Woman After She Confronts Him About Other Women

By Ruthmwas (self media writer) | 13 days ago

After his former partner confronted him about contacting other women, an ex-marine slammed his phone at her head. 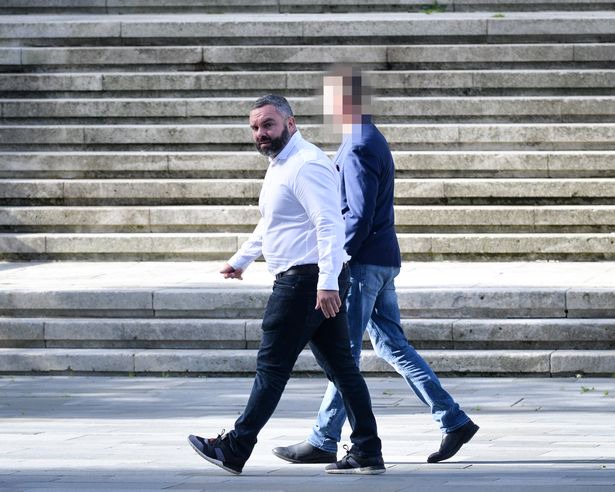 David Hopkins, 40, has attempted to seek professional care for serious mental health difficulties such as anxiety, despair, and PTSD symptoms.

Hopkins' ex-girlfriend tried to arrange therapy for him, but he had to wait a lengthy time to be examined by mental health services, according to Manchester Crown Court.

The court heard that the dad-of-two instead began self-medicating with alcohol, putting a strain on the couple's previously happy three-year relationship.

On April 22 this year, prosecutor Benjamin Knight said the couple had been out for lunch before picking up the victim's five-year-old daughter from school.

Mr Knight added, "He had a few drinks before continuing to drink with the victim indicating he had gotten lairy and noisy."

"When they returned to her house, the atmosphere was tense. 'You don't love me anymore,' the defendant was saying.

"She concluded that the best thing for her to do was to keep herself busy."

Hopkins placed his phone on a table, according to the court, while a number of messages, which appeared to be from other ladies, began to arrive.

"The victim confronted him about it asked him to leave. That resulted in a mobile phone being thrown by the defendant," Mr Knight said.

"She noticed she was bleeding and the defendant belittled and patronised her, saying; 'don't make out like you're the f***** victim and I am the abuser.'

Content created and supplied by: Ruthmwas (via Opera News )