By Great-Life-Shopping-Site (self meida writer) | 1 months

It is every Kenyan's democratic right to perceive the judges the way they want.

Hitler's judges were considered morons. If they had disobeyed them, most of his suppressors would have survived.

Uhuru's most brilliant advisor Mutahi Ngunyi made the above remarks seeming to imply that the bench of five's jury should be written off.

The latter has been on the center of criticism after he complimented that the President is in charge of all government machineries and could defy the constitutional ruling without any repercussions.

Ngunyi has alleged that the jury was moronic and him considering the five as morons was his constitutional right.

If Uhuru ignores and turns his back on the five, he will survive.

This is a threat to the freedom of the Judiciary given that it is considered as an independent unit of the government.

The Constitution of Kenya believes in the sovereign power of the people. This means that Kenyans hold the key to crucial constitutional reforms. They have more authority and command than Uhuru as he is only meant to serve their needs.

Unlike many western nations, the Kenyan President is not immune to legal proceedings and could be sued.

What do you think about Ngunyi's veiled threats to the Judiciary? 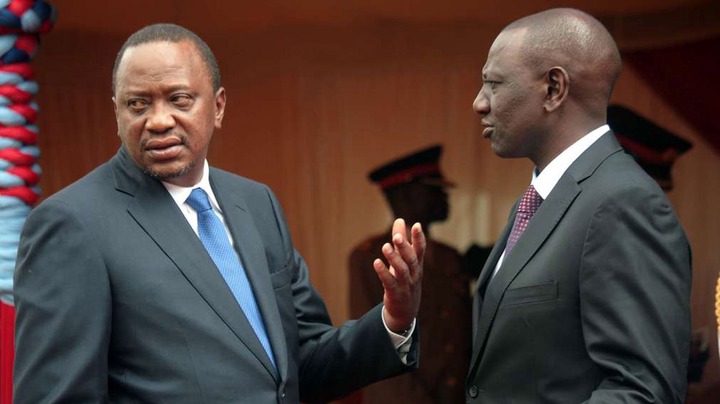 Content created and supplied by: Great-Life-Shopping-Site (via Opera News )