Former Statehouse Official has revealed who President Uhuru has settled for as his 2022 choice, as new details emerge about Baringo Senator Gideon Moi's Presidency.

Nyandarua Governor Francis Kimemia a former Statehouse official and who chairs the Mt Kenya Economic Bloc has said that they are working on uniting leaders from Mt Kenya East and central Kenya explaining that their main agenda is to prepare the person who will succeed President Uhuru in the year 2022.

Mr. Kimemia has said that already President Uhuru has settled on Raila Odinga as his preferred successor in 2022 revealing that the ongoing meetings in the Mt Kenya region have his blessing to sell Raila in Mt Kenya. 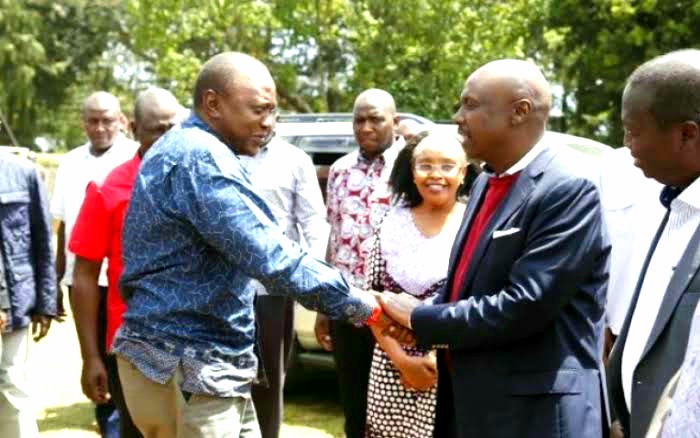 "We are grateful to President Uhuru for allowing his succession to be discussed one year while he is still in office," Mr. Kimemia has said.

It has however been established that the State has already settled on former Prime Minister Raila Odinga to lead this country with high hopes that he will be able to play the ball of transition.

According to former National Assembly Deputy Speaker Farah Maalim has said that there has been a plan by the state to have Raila Odinga serve for only one term due to age factor however saying that,

"The argument is premised on the assumption that at his age, the maximum Raila can be in office is only one term, so that he either passes the button back to the Mt Kenya region or to Gideon," the former National Assembly Deputy Speaker has said