The Spanish football team which was ranked by FIFA as number one in the world almost continuously since winning the world cup in South Africa in 2010 bar a month in August 2011 when Netherlands briefly took top spot, was the team to watch and the team to beat in the past three decades. 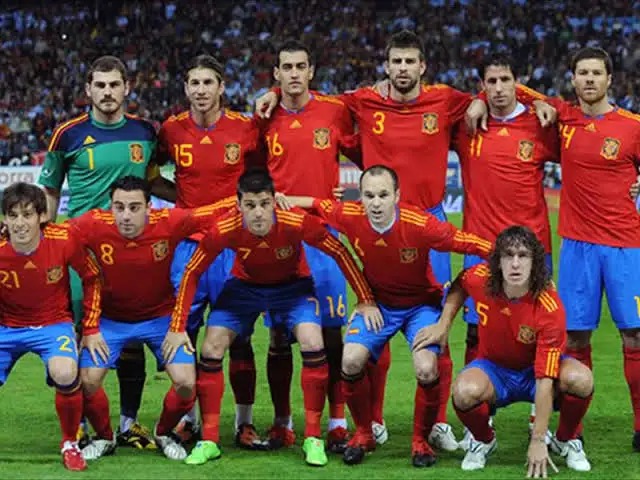 The team had super goalkeepers of the time, they were Cassilas who played for real Madrid by then and was the number one goalie in the football history by then, Valdes of Barcelona and Pepe Reina of Liverpool.

Their defense had stoppers like Carlos puyol who was the best diffender of the time ,Sargio Ramos of Real Madrid,Pique of Barca ,Azlicueta of Chelsea not forgetting Albiol of Real Madrid ,No ball could pass the deer. The boys played like football was going to end the next day . 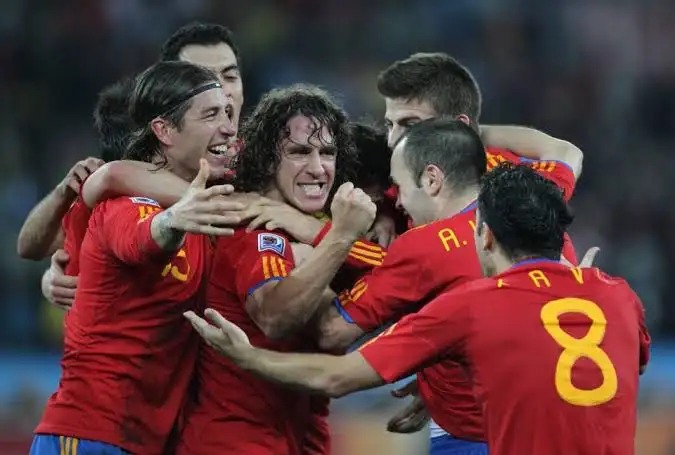 In the midfield was Iniesta the king of assist of the time, his dribbling skills was also outstanding ,he was the man to watch,Xavi arnandez of Barca and Fabrigas of Arsenal

The squad had super strikers like David Vila of Barca Torres of Chelsea and Soldado of Valencia during that time. They played good football in history of soccer and later won the 2010 world cup.