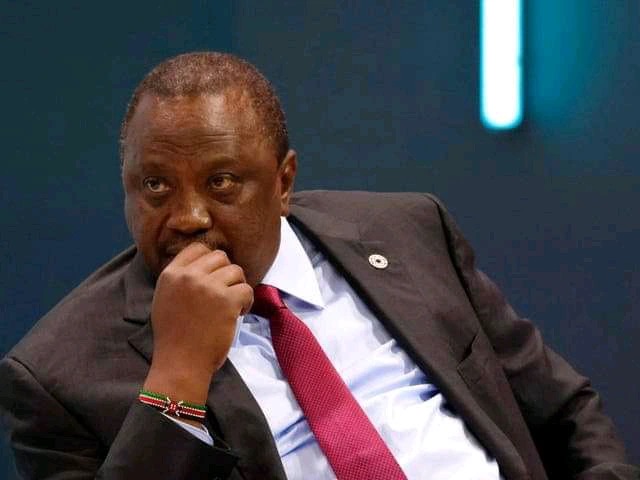 Kapseret Member of Parliament Oscar Sudi has sustained his attacks on President Uhuru Kenyatta, a day after the Head of State told him off. Addressing citizens through his Facebook the alleged legislature posted a blog of text addressing Kalonzo Musyoka asking him that Why should him drag William Ruto to everything even the farm you stole from NYS. 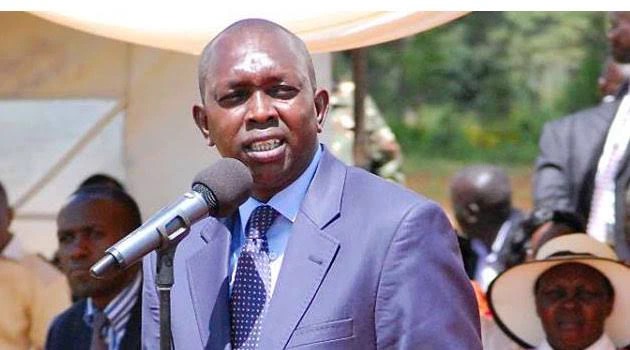 However, following his post the alleged member of the parliament addressed Kalonzo Musyoka telling his that soon he reveal thirteen things which 'the state house boss' stole from the citizens. ''I will mention 13 things that your boss stole from the public and let him deny that he didn't steal them,'' he stated on his post. Check out the Sudi's post below; 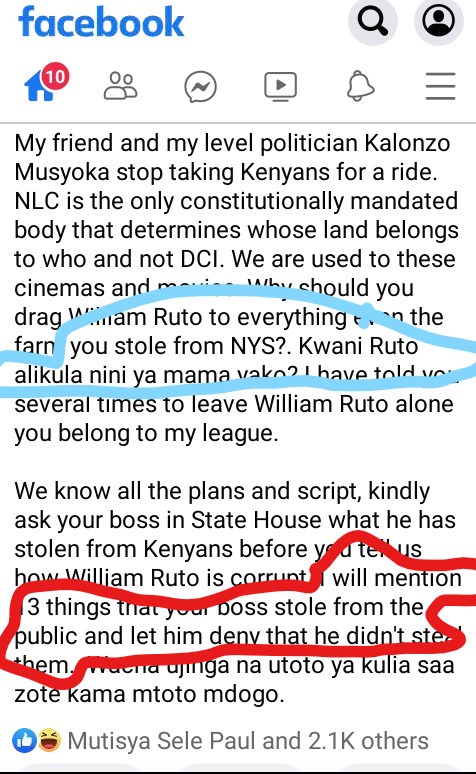 Meanwhile, the Kapseret MP Oscar Sudi is unapologetic in his support for Deputy President William Ruto. The second time legislator, who once worked as a tout does not shy from controversy and will take on anyone, including the President himself, or anything he perceives to be a threat to DP Ruto's presidential ambitions. 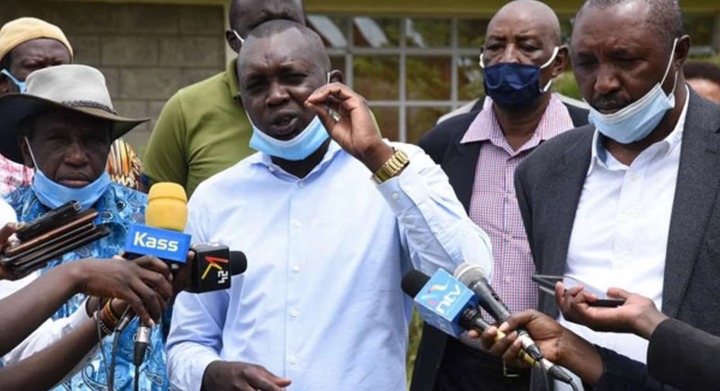 However, MP Sudi is not new to hate speech and incitement charges, having been arrested and arraigned in court over the same just at the beginning of the year. At the time he had made controversial statements against former First Lady Mama Ngina Kenyatta. Meanwhile, comment and share your view on the comment section below.