According to the reports given by a reliable source of information, it has been revealed that a Calf has been hit and killed by a vehicle along the busy Thika Superhighway.

In a news report that has been shared by a reliable source of information, it has been revealed that the calf was knocked down by the vehicle which killed it on the spot.

Residents and witnesses who were at the scene have Allegedly feasted on the circus of the animal which was left in the middle of the road.

This is happening at the same time when the government has raised its concerns over the increasing number of people who are dying after consuming dead animals. 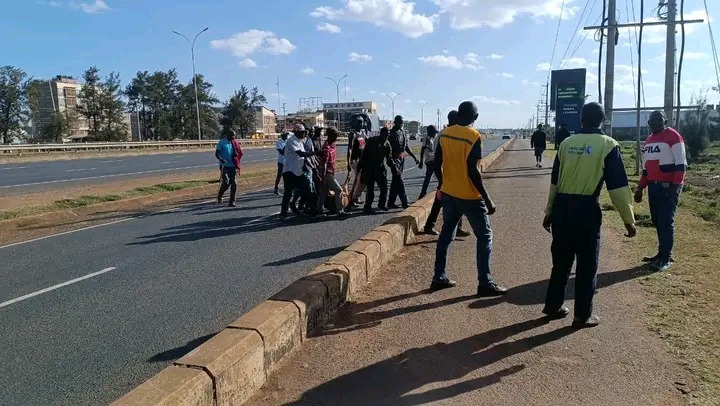 While reacting to this incident, Kenyans who took to their different social media accounts to accounts to express their opinions on the matter have called upon drivers to be vigilant.

According to the reports given by most Kenyans, they claimed that it is so unfortunate that most drivers are reckless even though people and animals are being killed in different parts of the country.