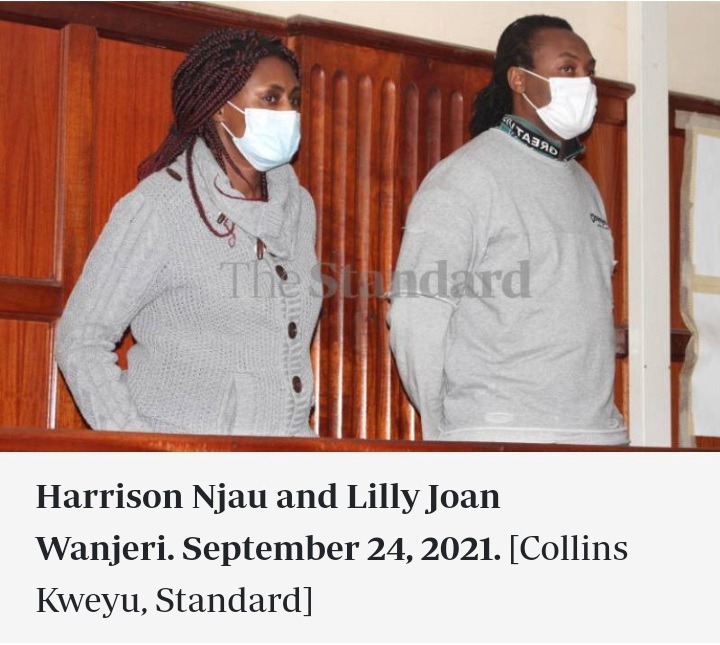 AKenyan couple deported from China over illegal stay were arraigned and charged at Nairobi law court with falsifying documents.

Harrison Njau, alias Fredrick Mwangi, together with Lilly Joan Wanjeri alias Susan Wariara, presented in court before Senior Principal Magistrate Bernard Ochoi where they pleaded not guilty to the charges.

The duo were found guilty of forging the immigration documents on February 14, 2014, at Nyayo House in Nairobi, where they made their application for a passport.

During the process, the duo are reported to have produced national identity cards that never barred their names.

In the first offence, the duo are accused of producing a ID bearing the name of Mr Fredrick Mwangi Kibunja when making application for Njau's passport. 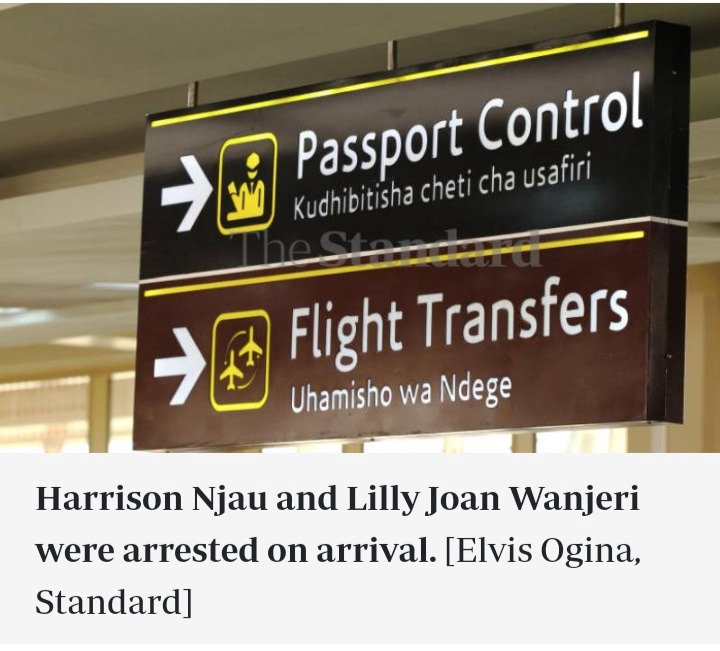 In the second offence, Wanjeri produced an ID that was bearing the name of Ms Susan Wariara Karanja while making application for her passport.

The court also found the two guilty of acquiring passports in 2007 and moving to Beijing in January 2013. The duo were later deported late 2017.

In the year 2018, the suspects allegedly presented and obtained passports to the immigration unit and flew back to China on May 5, 2014. On September 2, 2021, they were sent back for attempting to live in the china illegally. 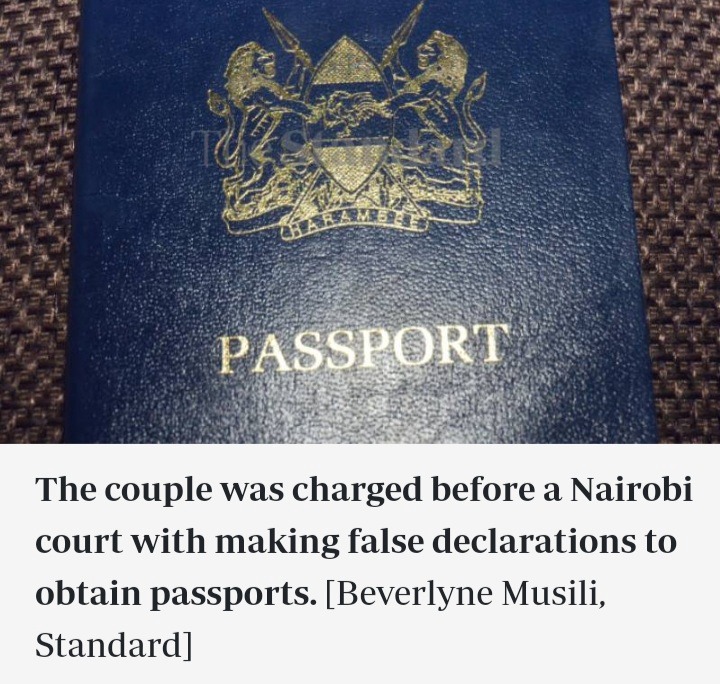 And when reached Jomo Kenyatta International Airport in Nairobi, the couple were nabbed by airport police. The duo were arrested together with their 5-year-old kid whom they landed with.

They also narrated the court they left behind their items in Beijing after they were deported.

They urged the court to give them reasonable bail terms saying they don't have a job. They also pleaded for a non-custodial jail term so that they can seek employment opportunity. 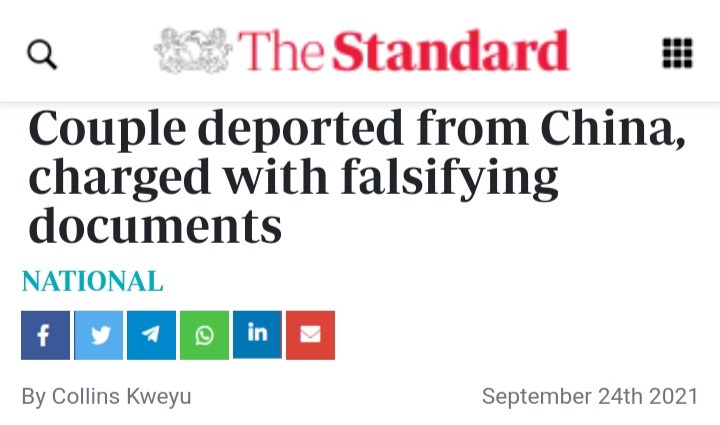 However, the magistrate declined adding that they had not issued any proof showing that they were jailed in China. He freed them on Sh200,000 bond each.

Wanjeri was slapped with another Sh200,000 for the second offence or get an another three months jail sentence.