By Madillu (self meida writer) | 26 days 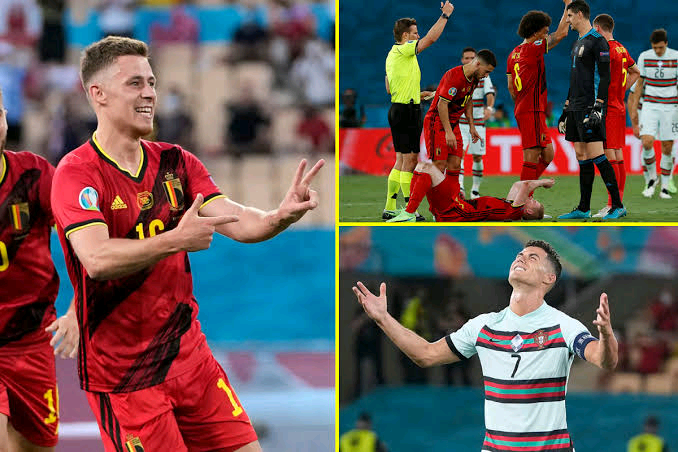 Belgium is through to the quarter-finals after sinking Portugal 1-0 in the toughest encounter ever witnessed. The field was tense, both teams looked dangerous. Lukaku and Debruyne making the fearful moves towards Portugal's goal, while Christiano Ronaldo was a scare to Belgium fans as he made the counter-attacks. Thorgan Hazard broke the deadlock in the last minutes of the first half. He sent a marvelous strike 25 yards away past Rui Patricio. 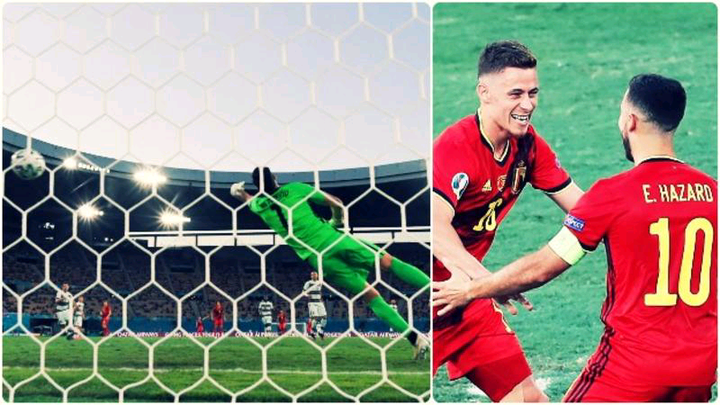 It was a moment of joy for Belgium's players and fans. But all was not yet over, the new with the presence of Christiano Ronaldo, anything could happen any second. 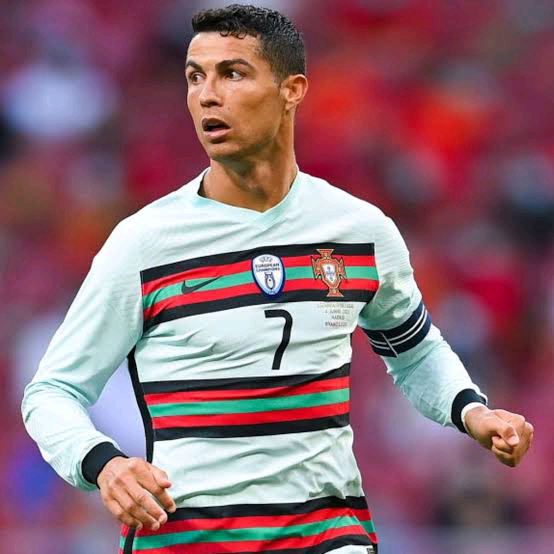 Things became worse for Belgium. Their most creative midfielder Kevin Debruyne was fouled and sustained an injury. He finished the first half but couldn't endure the pain as he limped out at the start of the second half. Eden Hazard also was ruled out because of a minor injury. 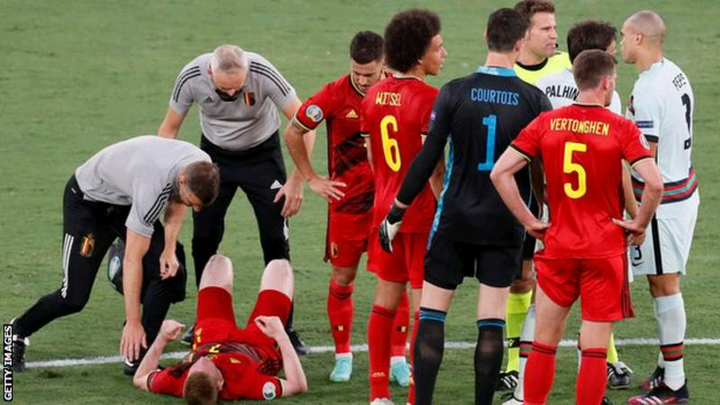 It was even worse for them because Portugal was relentless, pressing forward and putting more pressure on Belgium's defense. Joao Felix was ruthless, sending dangerous strikes, same to Christiano Ronaldo. You could witness from the fans that it was a tense moment, nerves shred and hands on their hearts. Portugal's fans also didn't give up, they cheered their players even more. 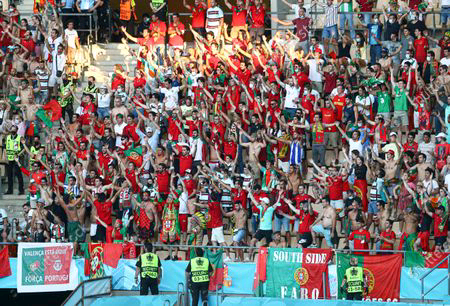 Belgium proved to be cup contenders as they controlled the game, looking for another goal to seal the win. They didn't manage to add one, but Thorgan Hazard's only goal was enough to send them to the quarter-finals. 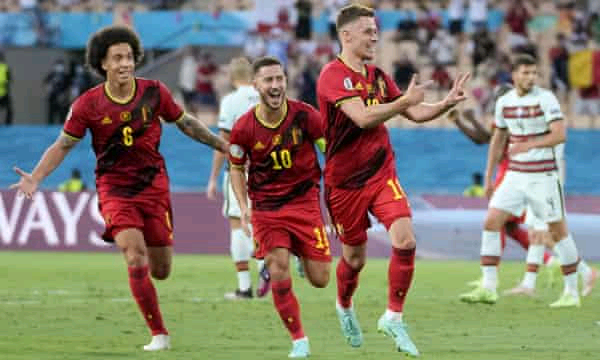 As the center referee blew the final whistle, it was wild celebrations for Belgium and tears to defending champions Portugal. 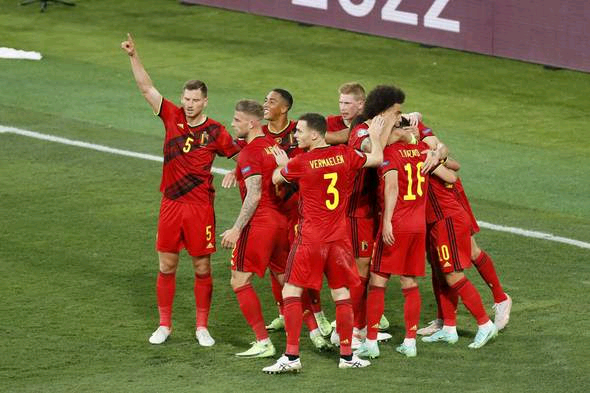 It wasn't a night for Ronaldo. After the game, he looked dejected and bored by the result. But in football, we say winners never quit. Congratulations to Belgium. For Ronaldo, Portugal players, and the fans, you guys did well. You live to fight another day. 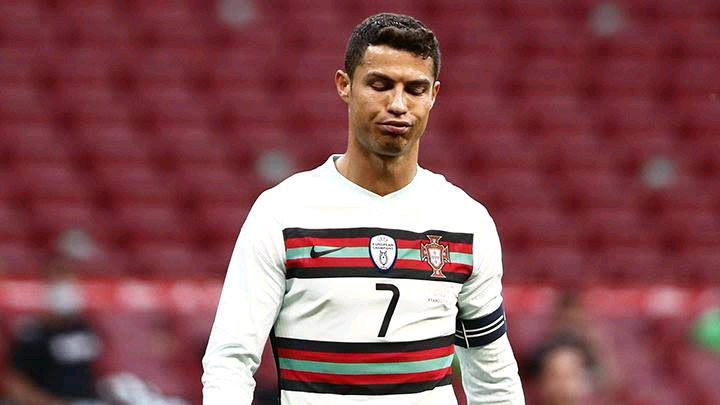