By Davismbugi (self meida writer) | 20 days 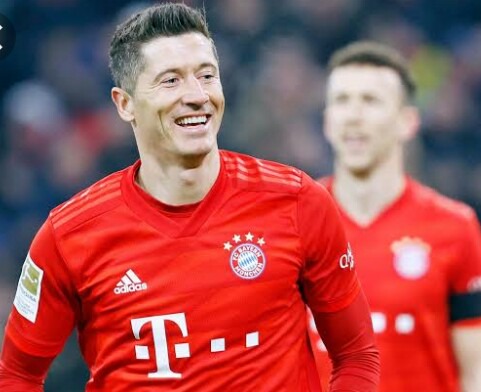 This man has the record of scoring 5 goals in just 9 minutes. In September 2015, this machine entered the field as a substitute on the second half with his team one goal behind. Wolfsburg were leading but in Lee's than 9 minutes things changed and Bayern were leading 5 - 1 by the help of Robert who scored all the goals in only 9 minutes. He scored the first goal in the 51th minute and the last goal of his five goals in the 60th minute. He broke the

record of becoming the highest scoring substitute in the Bundesliga history.

﻿On 27th of November 2010 Manchester United trashed Blackburn 7 - 1. The season 2010 - 2011 Berbatov proved to be one of the best centre forwards that United ever had. He scored five goals in the 7 - 1victory of United, this season was good for him since he was the top scorer of the English league that season. That match helped him to become the Top scorer since he scored a quarter of his total goals in that season on this one match.

Messi made history by becoming the first player to score 5 Goals in a Champions League match. Messi trashed Bayern Leverkusen 5 goals in a match that Barcelona won 7 - 1 at their home stadium Camp Nou in the year 2012.He did this when he was just 24 years old.

Nine Sure-Bets With GG, Over 2.5 And CS To Bank On This Late Night

Ten Matches To Bank On This Late Night