Three Manchester United youngsters Eric Ten Hag has to consider in his plan during the transfers. 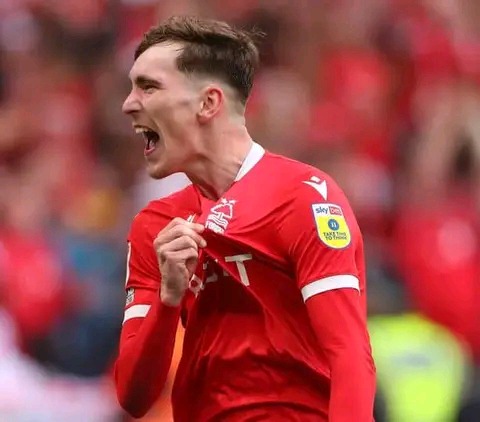 Eric ten hag is known for promoting and using young players from the academy, This can be justified by the way he brought up players like Delight, Van der been and De Jong from the Ajax academy to the senior teams.

When he was brought to Manchester United, he was tasked with tracking young players from the academy to senior squad. Some of the young stars who have shown that they deserve the first team football are: Alejandro Garnacho, James Garner and Hannibal Majbri.

James Garner was recently promoted to the first team by interim manager Rangnick where he went ahead and made his debut in the premier League against Chelsea. Garnacho was recently called to the Argentina national team and trained with players like Messi. This show how talented he is.

Another youngsters who needs to be fast tracked to the first team is James Garner, the young midfielder was sent out on loan to Nottingham Forest last season. He played a pivot role in the forest promotion to the top tier league. His performance made United fans to call for him to be brought back to the team due to how their midfielders were performing.

Lastly is Hannibal Majbri, the young Tunisian international was brought from Monaco when many clubs such as Real Madrid, Chelsea and arsenal were after him. He is so good on the ball and very aggressive. This was seen in the game against Manchester United arch rivals Liverpool, he was brought in when the team was already loosing four goals to nil, he made a lot of running in the midfield which shows how committed he was.

In Eric ten hag signing plan, he has to include these youngsters so as not to stagnate their talents.