"The council is of the position that the judgment made on Friday 20th August 2021 did not consider the substantive issues contained in the constitutional amendment bill." Was part of the statement from the CoG chairman stated today after their meeting.

The Building Bridges Initiative bill appeal was rejected by the Court of Appeal as the seven judges bench stated that the constitutional reforms are unconstitutional. 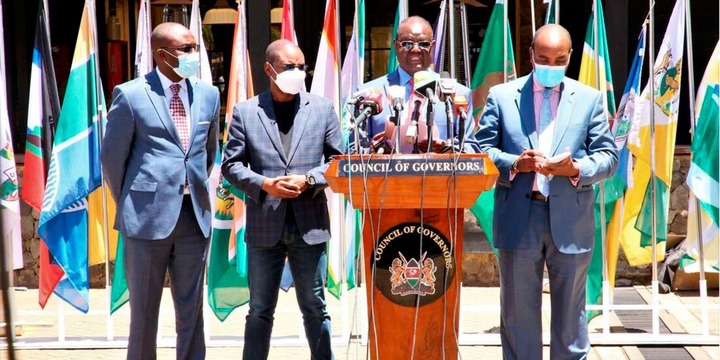 According to NTV news reports, the Council of Governors held an exclusive meeting today in Nairobi where they discussed on overseeing some changes in the Building Bridges Initiative bill that was upheld.

The Governors believe that there are some key points from the constitutional ammendment bill through BBI that will be very beneficial to Kenyans are will be seeking some other alternative ways to ensure that the bill is passed. 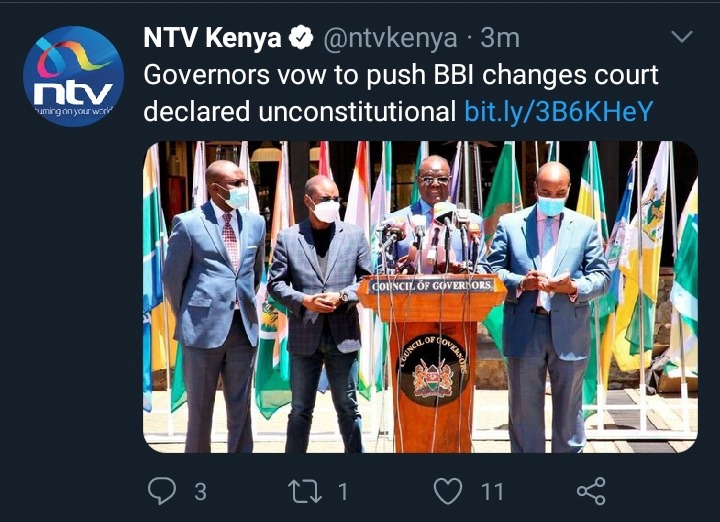 "It was envisaged that through these amendments, county governments would have an increase in their equitable share from the current 16.9 percent to not less than 35 percent of the total revenue collected.

This will enable the County Governments to empower informal small scale traders, women, youth, persons with disabilities and the economically disadvantaged." CoG chairman also stated during the briefing after their meeting.

The verdict from the Court of Appeal came as a huge blow to those who supported the bill, but a famous city lawyer has forwarded his appeal to the Supreme Court hoping for some changes.