By mtotowakasisi (self media writer) | 9 days ago 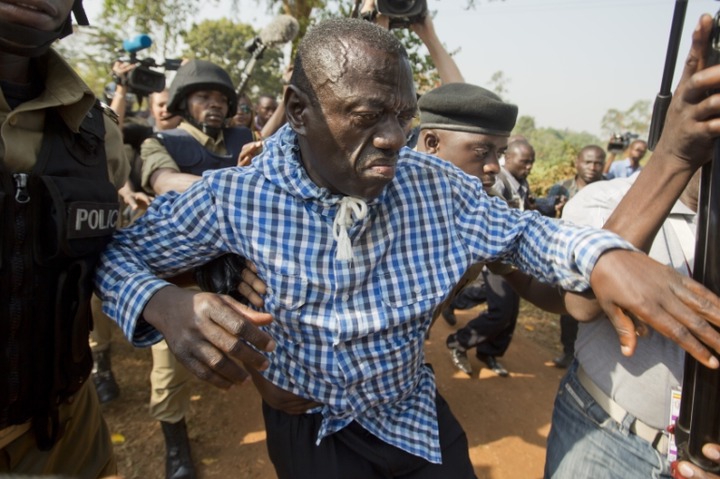 Kizza Besigye, a former four-time presidential contender in Uganda, was charged with treason after reportedly swearing himself in as President following the disputed 2016 elections.

The withdrawal took place in December 2019 while Justice Mike Chibita was the Director of Public Prosecutions (DPP), albeit it is unclear whether Dr Besigye was told.

In part, the withdrawal document signed by then-DPP Chibita says, "This is to advise court that the Director of Public Prosecutions has decided to cease proceedings against Rtd Col Kizza Besigye Kifefe accused with treason."

According to sources, the form was filed with the Nakawa Court registry, but the formal withdrawal process, which requires the court to convene with the accused person or persons present, was not followed.

Attempts to contact Dr. Besigye yesterday were unsuccessful. Mr Ernest Kalibaala, one of the lawyers who defended him in the lawsuit, said he was unaware of the development.

He claimed that the withdrawal may have been carried out in secrecy.

"If it was withdrawn, I've never seen the paperwork; perhaps it was done in private." Mr Kalibaala said, "I just heard about it the other day, normally, the accused (Dr Besigye) is made aware of the nolle prosequi (withdrawal form), but you may find that doctor (Besigye) is not aware," he continued.

On May 11, 2016, on the eve of President Museveni's projected swearing-in for his fifth elective term in office, a video clip of his claimed swearing-in went viral on social media.

Dr. Besigye was initially charged with treason in Moroto District before being moved to Nakawa Court in Kampala to be prosecuted again.

He had refused to return to court, claiming that investigations were taking too long and that he should be sent to the High Court for trial.

"This case has been dragging on for nearly eight months, and it has put me under a lot of stress." Moving to this court for charges that aren't going anywhere is costly in terms of both time and resources," he remarked at his final court appearance in 2017.

"I humbly request that this court be informed that I will not be returning." They can let me know when their investigations are completed. "If they chose to arrest me, I will only return to this court as a prisoner," he added.

Then DPP Chibita blamed the investigations' delays on uncooperative witnesses who purportedly attended Dr Besigye's swearing-in but refused to give police testimony. 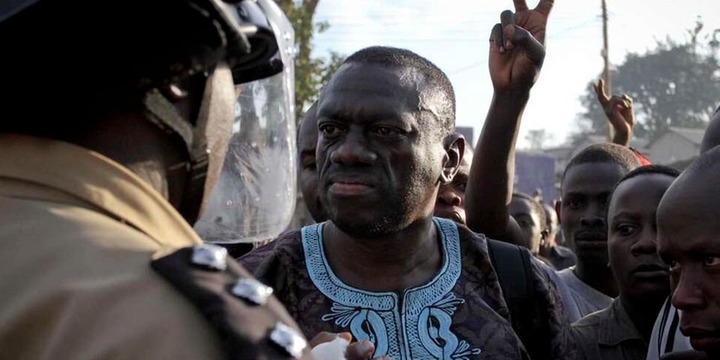