How Teams Could Lineup in Today's 6 EPL Fixtures 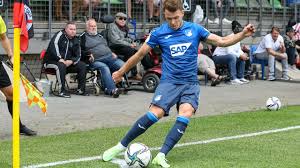 1. Fulham have had a much shorter pre-season than Liverpool as the only played four matches compared to the visitors seven matches. The home team were superb last season in the Championship especially in front of goal where they scored over a 100 goals and will be looking to continue that form into this match. Liverpool had a mixed bag of results in the pre-season mainly due to the fact that they played very weakened sides in a few of the friendlies. They will certainly be playing a full strength team in the opener and we are backing them for the win as they have too much quality in the side.

2. Both teams have not invested heavily in the transfer market and it remains to be seen if this is a wise decision. Bournemouth manager Scott Parker will be hoping to kick off the season with a win which will instill confidence in the team for the rest of the season. Aston Villa have proven difficult to beat away from home and will be looking to start their season with an away win. Villa boss Gerrard enjoyed a stellar playing record against Bournemouth manager Scott Parker losing just four times in 15 matches. We are backing Aston Villa to win or draw this match. 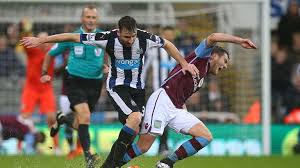 3. Leeds United and Wolves had defensive troubles last season and the same has been witnessed in preseason. Going into this game, however, one would feel Leeds United are better prepared, especially in attack. They have made top signings including wingers Brenden Aaronson and Luis Sinisterra while Wolves are grappling with a thin squad, made worse by Jimenez’s injury after Fabio Silva’s departure. In terms of preparations for the coming season, Leeds look to be in better shape and we will back them to win here.

4. Nottingham Forest have a new look team; their rebuild after promotion has seen at least 19 players released, including eight that were in the promotion playoff final, and at least 12 new faces have been brought in, most with topflight experience. The quality of the squad is definitely high but the question remains if they will be able to gel and perform as early as in the opening game. Newcastle are a more stable side; they have new additions, but their rebuild started much earlier. They only need to carry on with the momentum from last season, and they’ve had a strong run in preseason too. That will be the difference in this game, and is the reason we are backing Newcastle to win.

5. Southampton haven’t invested in new players as much as Spurs have, and this is despite having a poor season last term. Their preseason hasn’t offered much in the way of optimism for the fans, whose only positive has been the ability to hold on key players, especially skipper James Ward-Prowse. Tottenham are on a different level; they’ve splashed the cash and head into this season as a serious challenger for honors. Starting at home is a plus and key man Harry Kane is in great form, while Son Heung-Min has been in great form against Southampton over the years and we will back him to score here too.

6. Chelsea haven’t been the free spenders of the previous campaigns but acquiring Raheem Sterling will assure of some quality in attack. It is however the departures of Andreas Christensen and Antonio Rudiger that will dominate the pre-match talk especially with the poor runs in defence in preseason. Everton haven’t also done well defensively, with just a clean sheet in their last five games. For both teams, over 2.5 goals has been recurrent in their games and with their shortcomings in defence, we see the same outcome here.