Jilted lover suspected of burning Kitengela woman in her house

By edubouy (self media writer) | 1 month ago

A 23-year-old woman was brutally burnt to death in her Kitengela home on Thursday morning, in an alleged murder by her boyfriend. 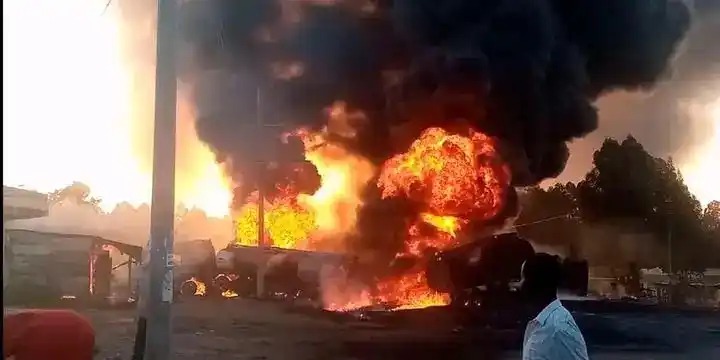 Neighbors were awakened by smoke billowing from Janet Ndirangu, who was sitting on the fourth floor of Moonlight Plaza, on Deliverance Church Road in New Valley.

Nicholas Omondi, the building's caretaker, said he had to break into a locked house but could not rescue the woman.

He found her body on the bed covered with her clothes. The lights were off.

There was a 20-pound [6 kg] gas cylinder burning under the bed and the house was in ruins."The house was smoking and it was dark. When I entered, the body was on the bed with his clothes piled on top of it. It was strange," said Mr Omondi.

He described Ndirangu as a quiet woman who had only been living in the building for three months. He lived alone.Mr Omondi said he did not hear any noise on Wednesday night.

Witnesses who entered the house told that the woman had a rash on her face and suspected she had been poisoned. There were drops of blood under the bed. 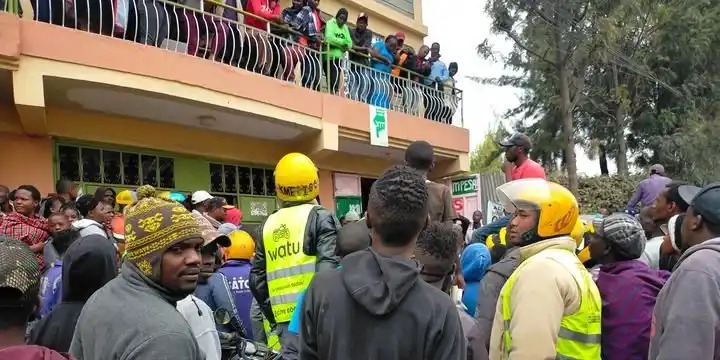 "I saw the body. The face was mysteriously paralyzed. I suspect someone would have killed the woman and put the body on the bed before leaving," said one of the witnesses.

Ms Evalyn Misa, a beauty queen who claims Ms Ndirangu was her client, described her as a humorous person who prefers to keep Afro hair."She was my client, I know she worked for one of the companies in the Export Processing Zone (EPZ), which is sad to die at such a young age," said Ms Misa.Her close friends said she had a boyfriend she used to visit.

They suspected that Ms Ndirangu could not have been killed after a disagreement before the house was set on fire.

"We know the boyfriend he used to visit. He is a boda boda rider. I saw him last night. He was happy and did not look upset," said one of his friends, adding that he used to have a boyfriend. a series of boyfriends coming in.

"Why don't men kill us? When you're done with a woman leave her alone" lamented an elderly woman.Police took the body to the mortuary at Kitengela Sub-County Hospital.

The Sinya regional police chief, Ancent Kaloki, said the incident was being investigated and urged members of the public to stop speculating.

2 Dead, Several Injured After a Matatu Ferrying Students to school Reportedly Collides With a Lorry