"Yes I Had A Baby With My Mpango Wa Kando, But I Depend On People To Survive" Renowned Bishop Says

By KrimeExpert (self meida writer) | 25 days

House of Grace Bishop David Muriithi has finally admitted to siring a baby with another woman weeks after she came out and called him out accusing him for being a dead beat father. 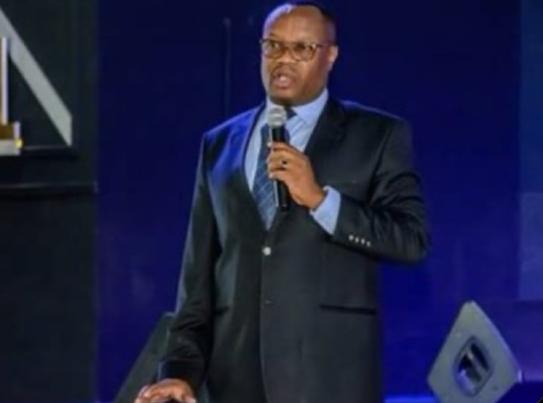 In a report that has been received from a reliable source of information, it has been reported that the renowned bishop who finally admitted to being the father of the unknown child has also claimed that he will be paying Ksh. 10k as child upkeep.

According to the reports given by the Bishop, he claimed that this was the only amount of money he will be able to pay because he allegedly depends on other people for survival.

In an incident that happened several months ago, the woman whose name is yet to be disclosed exposed the Bishop for living a flashy life while at the same time leaving her and their child to suffer.

Taking to her different social media accounts to express her fears, she later claimed that she was being followed by unknown people after her Confession in a Confession that put alot of pressure on the bishop who finally addressed this issue.

His remarks has however sparked alot of reactions from Kenyans who seemed to have different opinions and suggestions on the matter.

With a section of Kenyans congratulating him for finally admitting the truth to Kenyans and at the same time not denying his child, others went ahead and called him out wanting to know why he denied fathering the woman's baby at first.

While reacting to this incident, alot of Kenyans have called upon the woman to head to court wanting her to charge him due to the fact that he lives a flashy life and at the same time, claims that he doesnt have enough money. 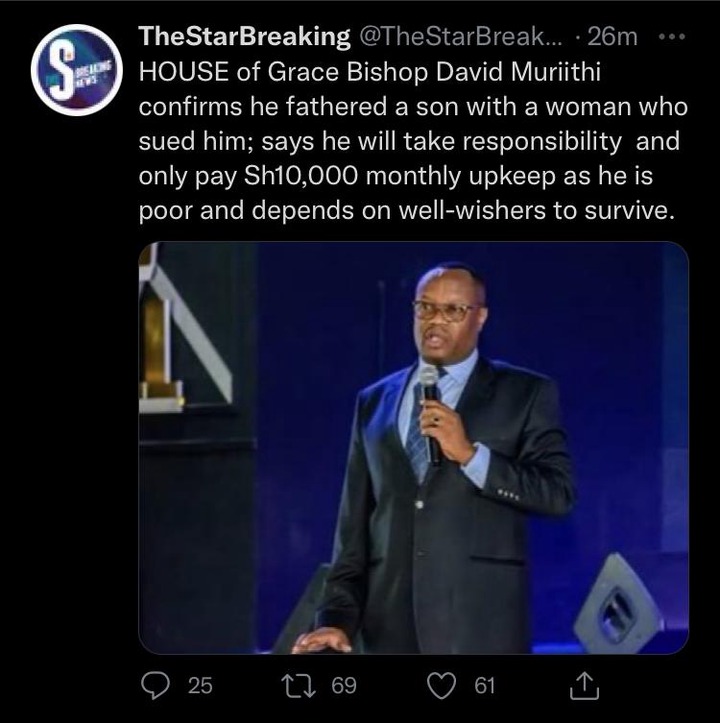 Uhuru Courting Trouble as Prices of Fuel Continue to Rise

What a Governor Earns after retirement

NAKURU: Doctor Kills His Two Children by Injecting Them With Insulin After Disagreement With Wife

Kenyans React To Ringtone After He Reveals Why Famous Kenyan Gospel Musicians Are Really Suffering.

Profitable Business You Can Start With Amount More Than 90,000 Shillings.