By Kiprosing (self meida writer) | 1 months

President Uhuru Kenyatta has recently come under assault from many Mt Kenya leaders, particularly those aligned with Deputy President William Ruto, who have issued a warning to the president about what could happen if he proceeds with his plan, stating that things are different on the ground. 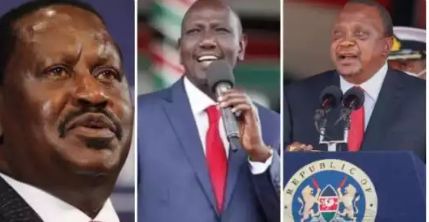 According to a report by the Nation, Kiharu member of parliament Ndindi Nyoro has warned that the ground is a hustler and that the clever ones are leaving Jubilee led by Uhuru and joining UDA, which is believed to be Ruto' s 2022 presidential vehicle, after realizing that they must side with the people for survival, and that more people are on the way because some are simply afraid of state intimidation.

Despite the fact that Rigathi Gachagua believes that the president has the democratic right to support anybody he wants, he adds that some of them, especially the people of Mt Kenya, want to payback what President Uhuru pledged to DP Ruto, warning him that he will be left alone in NASA.

Since it was claimed that Uhuru had called for NASA principals to unite and promise to support a NASA candidate, leaders from Mt Kenya have claimed that the president brought Ruto to them and promised his support after his term ends, and that' s what' s causing all these problems, with others following Uhuru' s lead and the rest of the mountain standing firm in their beliefs. 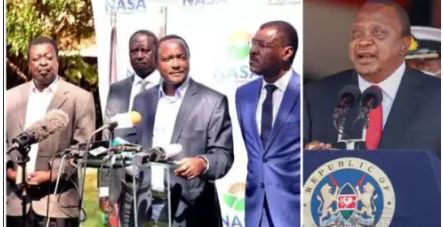 Even while the warning that Uhuru might be left alone doesn' t appear to be heeded, the current trend of leaders defecting to UDA is concerning, as it paints a picture of what might happen when the 2022 elections actually begin.

Remember this difference started since handshake between Raila and Uhuru on March 9, 2018, has had an unforeseen impact on Kenya' s social and political scene. After two years, the handshake has proven that there is no such thing as political opposition in the country. Opposition leaders are readily stumbling over one another in an attempt to gain the President' s attention.