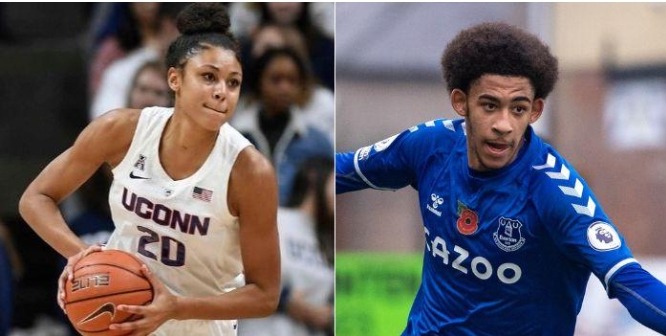 However, few people are aware of any Kenyan-related athletes who excel in their respective sports. These sportsmen include Tyler Onyango, Curtis Osano, and Olivia-Nelson Odada.

Basketball players having Kenyan ancestry are uncommon in the Women's National Basketball Association (WNBA). A great example of a female basketball player with Kenyan ties who surmounted all the challenges to compete in the elite level is Olivia-Nelson Odada.

She is presently a Los Angeles Sparks player. Odada has made several appearances for the U.S. U-17 and U-18 national teams. At the 2018 FIBA U-18 Americas Championship held in Mexico, the 21-year-old player assisted the US in capturing the gold medal.

She was considered one of the finest recruits of 2018 by ESPN, a well-known global media outlet. Sebastian Odada, a former Kenyan international, is the father of Olivia. She is not only talented, but also beautiful. She recently received the title of Miss Georgia Basketball.

Many believe Victor Wanyama to be the first player of Kenyan descent to compete in the English Premier League (EPL). They are unaware that Curtis Osano played in the lucrative league prior to players like Wanyama and Divock Origi.

Osano was born and raised in Nakuru County before his family immigrated to England after his father was offered a position with the British army. He has represented numerous English teams, including Reading FC, AFC Wimbledon, and Luton Town FC.

Both in the Championships and the Premier League, Reading had the strong defender on the field. Later, he relocated to Asia, where between 2013 and 2016, he assisted Bengaluru FC win two Indian Premier League championships.

Another talented individual with Kenyan heritage is Tyler Edward Onyango. The teenager's parents, a Kenyan father and a British mother, met while studying abroad in England. Onyango has only played for one team, Everton, since he joined at the juvenile age of 8.

Prior to eventually making it into the first team in the 2021–2022 season, he played for Everton academy teams. Onyango made his first-team debut against Sheffield United in an FA Cup game.

In the Premier League, he faced Aston Villa, Manchester City, and Chelsea in his first team appearances. The central midfielder is still qualified to represent Harambee Stars despite his current status as an England international.

Details Finally Out on Why 4 Commissioners Disowned Ruto's Win, What Chebukati Refused To Do Exposed