By TeresaKE (self media writer) | 26 days ago 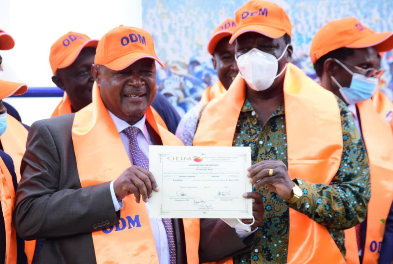 ODM's candidate David Were had tabled a case seeking the court to nullify the win on claims that Nabulindo and his team engaged in election malpractices.

Giving the ruling, the court stated that Were did not provide enough evidence to reverse the ANC's win, urging him to pay Sh3 million as court fees.

In April, Were moved to court claiming that Nabulindo was not elected validly, as his team bribed voters, and that there was no compliance of the set election guidelines.

Through his Lawyers Ken Nyakundi and the former National Assembly Speaker Kenneth Marende, Were wanted Nabulindo alongside IEBC and the Matungu Returning Officer to be held accountable of the election irregularities on allegations that his win was rigged.

The court had declared Nabulindo duly-elected MP after garnering 14,679 votes against Were's 10,500 followed by United Democratic Alliance candidate Alex Lanya who had 4,813 from all the 116 polling stations. 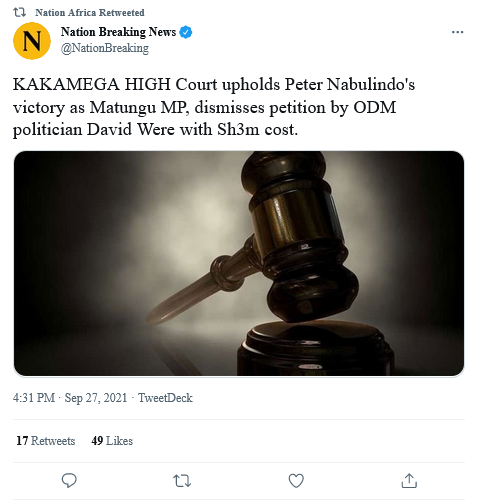 Government Calls for Youths to Make Entries for International Award: How to Apply