By ronaldcharley (self media writer) | 27 days ago 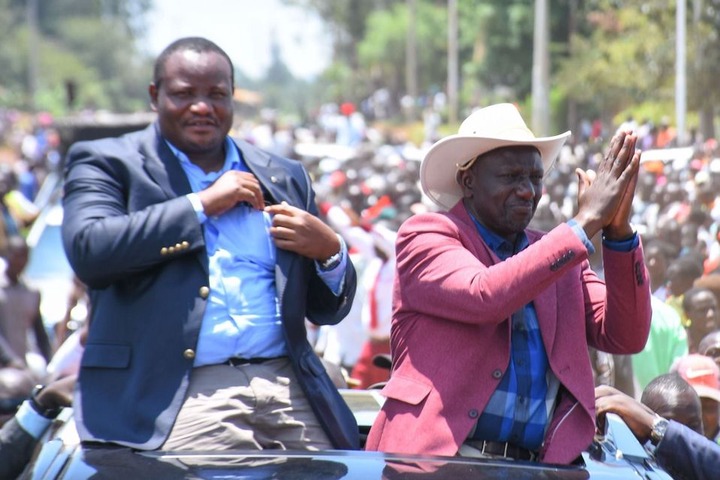 There was drama during Deputy President William Ruto’s arrival in Makueni County as he made a stopover at Emali town, Kibwezi West Constituency, Makueni County.

When he arrived, his bodyguards were almost hit by another vehicle in his convoy as now it emerges who was in the black car that almost hit the bodyguards.

James Mbaluka, who in 2017 vied for Kibwezi West MP on a Wiper ticket was in the car as his driver while trying to overtake another vehicle almost hit the bodyguards who were running towards Ruto’s vehicle.

Mbaluka who joined Ruto team while waving at the area residents could only watch as the angry bodyguards were pointing and shouting at his driver following the incident.

DP Ruto’s vehicle when he arrived in Emali stopped as he came out to wave at the residents and his security detail who were in another car came out running to provide protection.

As they were running in the middle of the road, the driver of the black car wanted to switch lanes to move closer to Ruto’s vehicle and as he was changing lanes, he almost hit the two bodyguards who were running.

One of the bodyguards started pointing at the driver and he quickly jumped inside their vehicle when the convoy started moving and again the driver wanted to change lanes as they were speeding and almost hit the vehicle which the bodyguards were in.

The furious bodyguard who had not closed the car door came out and went towards the black car as another bodyguard joined him and started pointing at the driver while shouting.

A cameraman filming what was going on is heard saying, “huyu atapigwa risasi” (they can shoot him) as the driver was directed on the lane he should use by the angry bodyguards.

Here is the video of the incident. 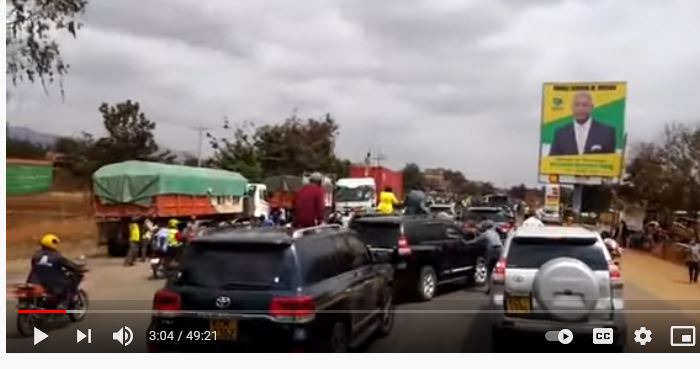