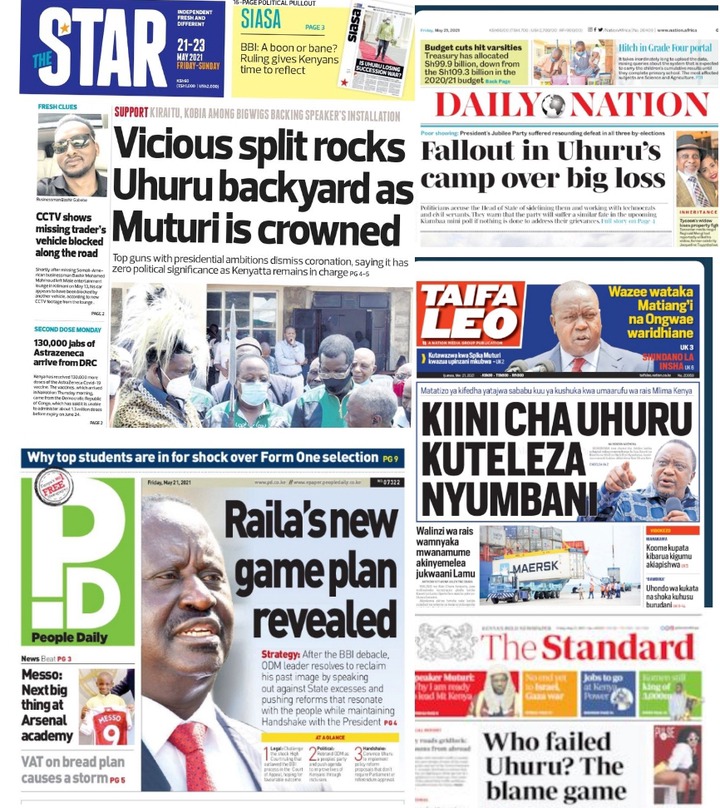 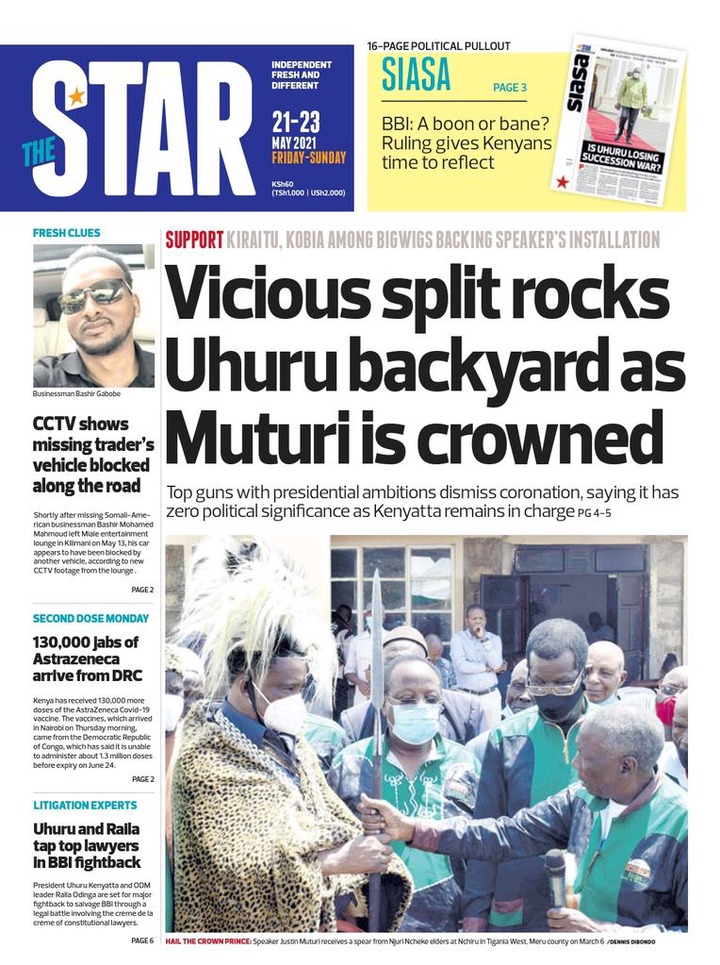 Raila's new game plan revealed- After the BBI debacle,ODM Leader resolves to reclaim his past image by speaking out against State excesses and pushing reforms that resonate with the people while maintaining handshake with the president. 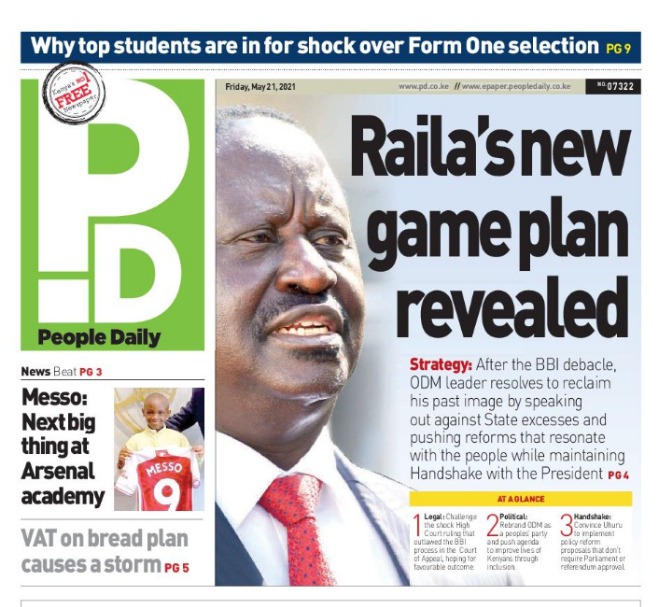 Fallout in Uhuru's camp over big loss- politicians accuse the head of State of sidelining them and working with technocrats and civil servants.They warm that the party will suffer a similar fate in the upcoming kiambaa mini poll if nothing is done to adress their grievances. 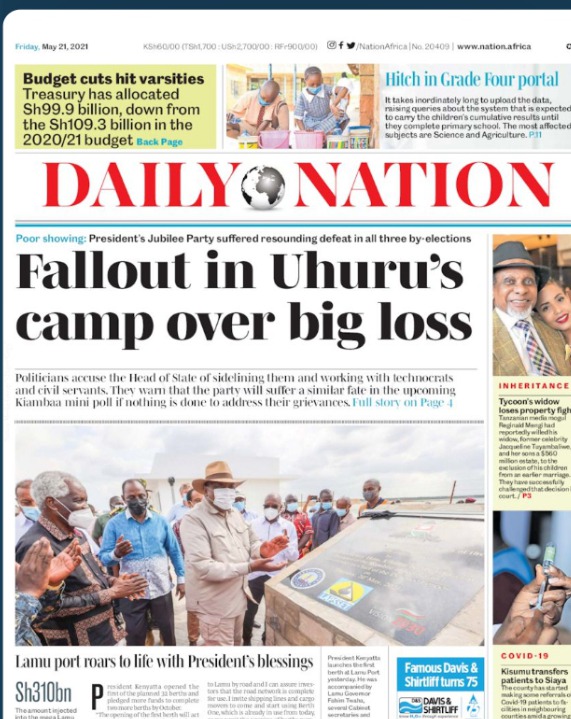 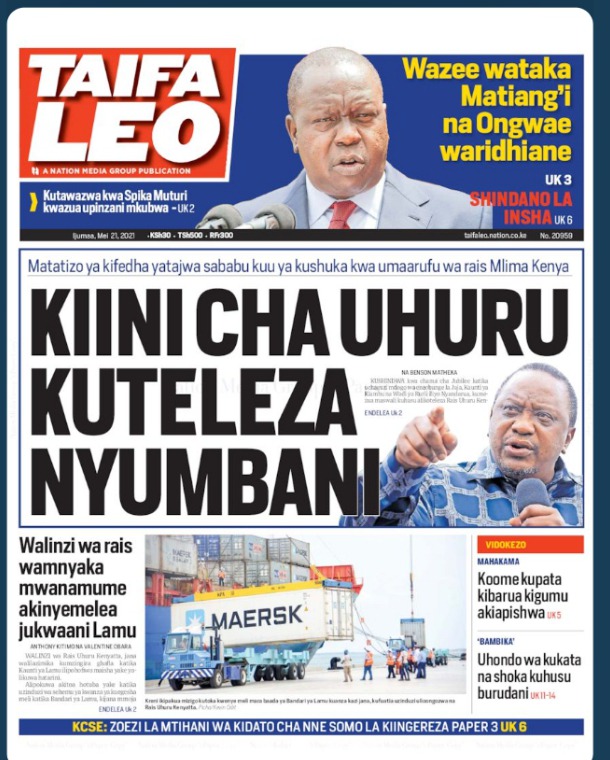 Who failed Uhuru? the blame game - According to the standard,they have the president's Ear and wield influence in the corridors of power,Now they are in the spotlight over their roles or lack of it in the defeats. 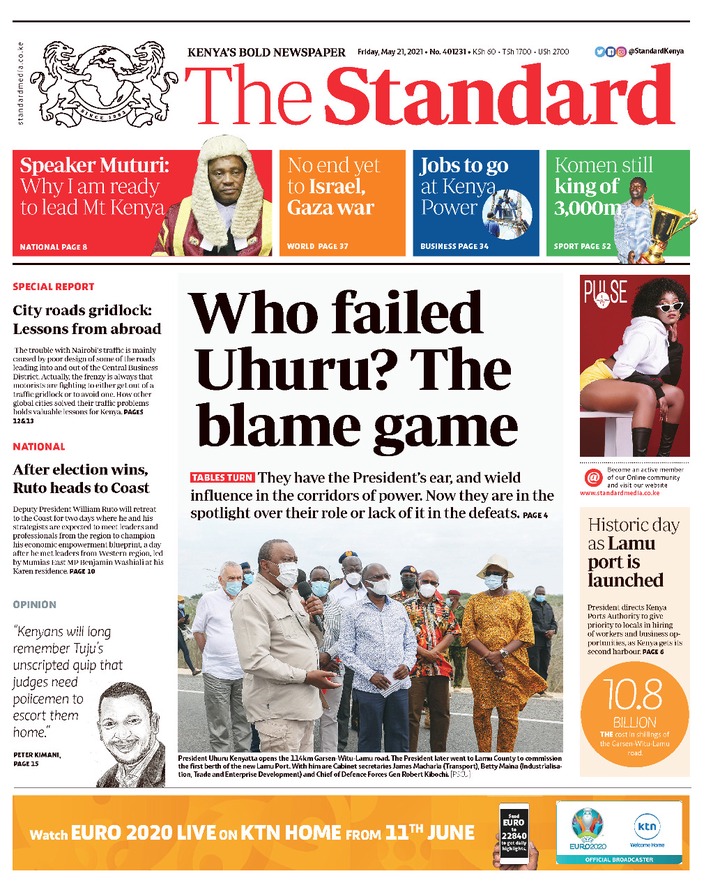