By Countrywidenews (self media writer) | 22 days ago 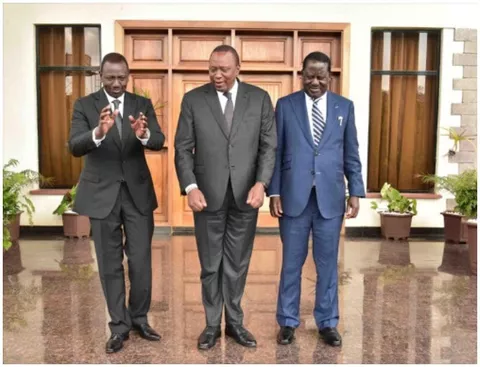 William Ruto has now said that BBI supporters mislead the public, but he still supports certain of the document's provisions.

Ruto made a dig at Uhuru and Raila during a meeting with spiritual leaders from Makueni County's churches and mosques on Thursday at his Karen residence.

The DP backed several of the BBI suggestions, such as allocating more funding to devolved divisions of government and creating new constituencies.

Ruto, on the other hand, highlighted that the BBI document's ideas may be executed without the need for constitutional revisions.

“Counties can still be allocated more funds through Parliament,” Ruto remarked, notwithstanding the BBI's conmanship.

He went on to say that if Kenyans needed more constituencies, the Independent Electoral and Boundaries Commission would have been contacted.

He stated that he was opposed to the BBI proposal to create an "imperial president."

The DP claims that BBI's suggestion to change the executive made the text "hazardous" for him because it goes against democratic ideals.

The “biggest scam and the most dangerous assignment” ever conducted in Kenya, according to Ruto, was pressing for constitutional modifications through BBI.

At the same time, the DP claimed that proponents of the BBI owed Kenyans an apology for obstructing the Big Four agenda.

“It (the Big Four plan) would have created millions of jobs while also ensuring that all Kenyans have inexpensive medical care. All of these advantages, however, were wiped out by the BBI,” Ruto stated.