By Michirafes (self media writer) | 6 days ago 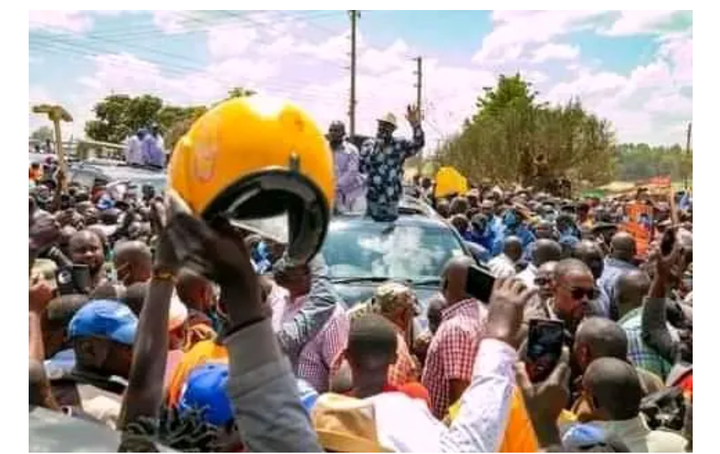 Raila Amollo Odinga, leader of the Orange Democratic Movement (ODM), has gained a significant boost in his presidential bid, with endorsements from senior MPs and a governor from the Rift Valley region.

Speaking during Raila's rally in Kolongolo, Trans Nzoia county, Egeyo Marakwet county Governor Alex Tolgos described the ODM leader as the finest alternative for the country, the only one capable of restoring unity and reviving the economy.

Raila was also accompanied by veteran politician and former Westlands Constituency Member of Parliament Fred Gumo and former Member of Parliament Noah Wekesa. Dr Noah Wekesa announced the formation of his own political party, DAP, of which he is the leader. Wekesa's party will aim to form an alliance with other parties seeking an alliance with ODM ahead of the 2022 elections.

Raila Odinga stated today in Sibanga that he will increase maize cultivation across the country through government subsidies, establish universal healthcare, award grants to SMEs, and provide 6,000 shillings monthly to low-income households through a social security fund.

Raila has begun his tour of Trans Nzoia county, in an effort to bolster his perceived political base. Raila Odinga was accompanied by a local politician who brought a letter from outgoing Rift Valley Regional Commander, George Natembeya, expressing support for the ODM leader as Natembeya runs for the position of Trans Nzoia County Governor.

Wangui Ngirici Welcomes Ruto Ahead Of His Visit To Kirinyaga Tomorrow

Nyeri Governor Blasted for Challenging Raila Odinga in Public in his Nyeri Tour.