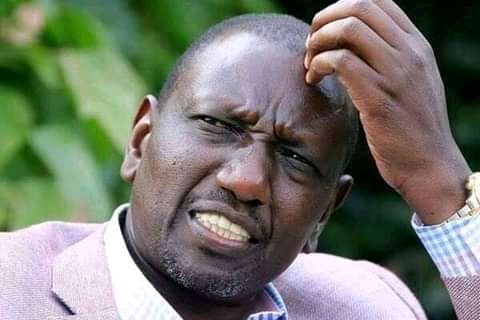 According to the Star newspaper, the Head of State is scheduled to tour the region, the DP's political backyard, to inspect and launch development projects.

The President's visit comes at a time the relationship between State House and Ruto has become increasingly strained with the two now openly taking each other head on in different political forums.

But it is the DP who should have every reason to be worried ahead of the President's visit of the Rift Valley.

With the President having been accused of sidelining the region especially after his handshake deal with ODM leader Raila Odinga, Uhuru could be out to demystify the perception.

The Head of State has always insisted that he is out to unite the whole country and the Rift Valley visit could be part of his game plan to confirm that.

Cherangany MP Joshua Kutuny who spoke to the Star confirmed that Uhuru's tour of the region could happen mid next month.

But again the question is: will Ruto accompany the President when he visits his own political turf?

Having decided to keep off Uhuru's past functions, will he finally accompany the President to Rift Valley? If he does, the better. If not, the Head of State might take advantage of his absence to hammer him, saying that his deputy decided to run away from the Government.

If Uhuru takes this route, then Ruto will lose much political capital. Somehow, the region might feel that the President has not sidelined them as claimed by a group of politicians from the region.

For Ruto, Uhuru's visit of the Rift Valley could be a political trap. Will he play it safe by accompanying the President? Well, time will tell.

RIP: Photos Of A Teacher Who Was Burnt Together With His Wife Beyond Recognition By Unknown People

Dp Ruto Game Makers Dealt A Blow, Youths Storm Their Convoy, Demand This Before Chasing Them Away

Video: Uproar As Kenyans React To A Clip Of Stalled Mombasa Ferry Full of People, Swinging