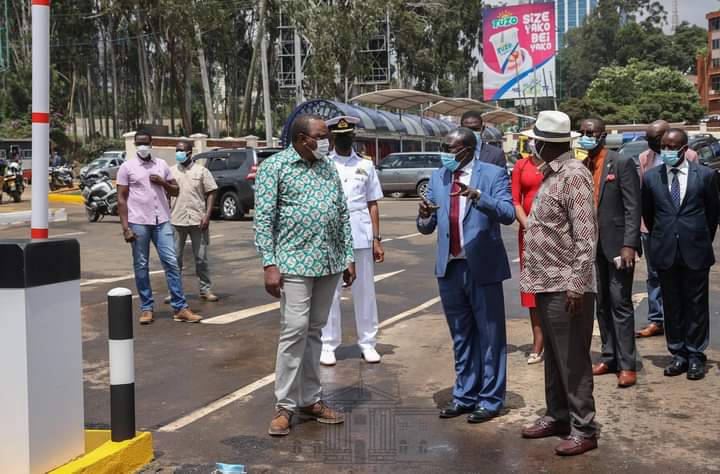 After a Night filled with speculation of why the president visited the former Prime Minister Raila Odinga, Uhuru Kenyatta and his close ally Raila Odinga have made an Impromptu visit to the city.

According to sources Uhuru and Raila have made a surprise visit to the city Railways ongoing city project. 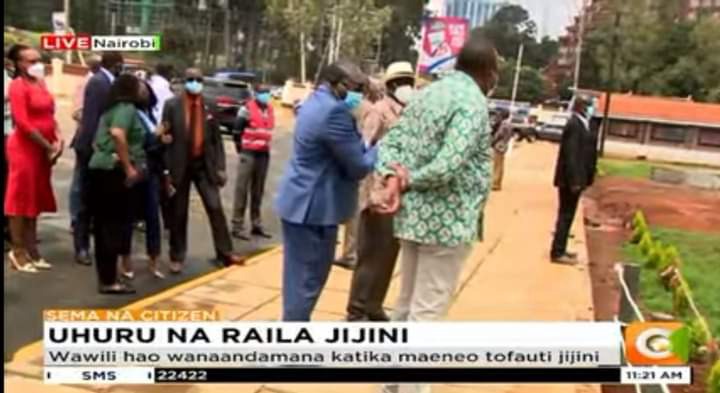 The NMS took over Nairobi after the former governor Mike Sonko gave handed over key responsibility to the state.

This led to bad blood between Sonko and NMS boss where Mike Sonko was later ousted as the city's governor.

Sonko wouldn't later spend some time behind bars after he was accused of funding terrorism.

The city tour comes at a time when many expect the president to give an address in regards to the set covid guidelines and regulations that he directed last week.

During his presser, president Uhuru Kenyatta locked down 5 counties and there has been uproar all over calling for him to open up the country as many continue to suffer.

Kenyans expect him to ease on the measures as many are currently suffering even to get ends meet. 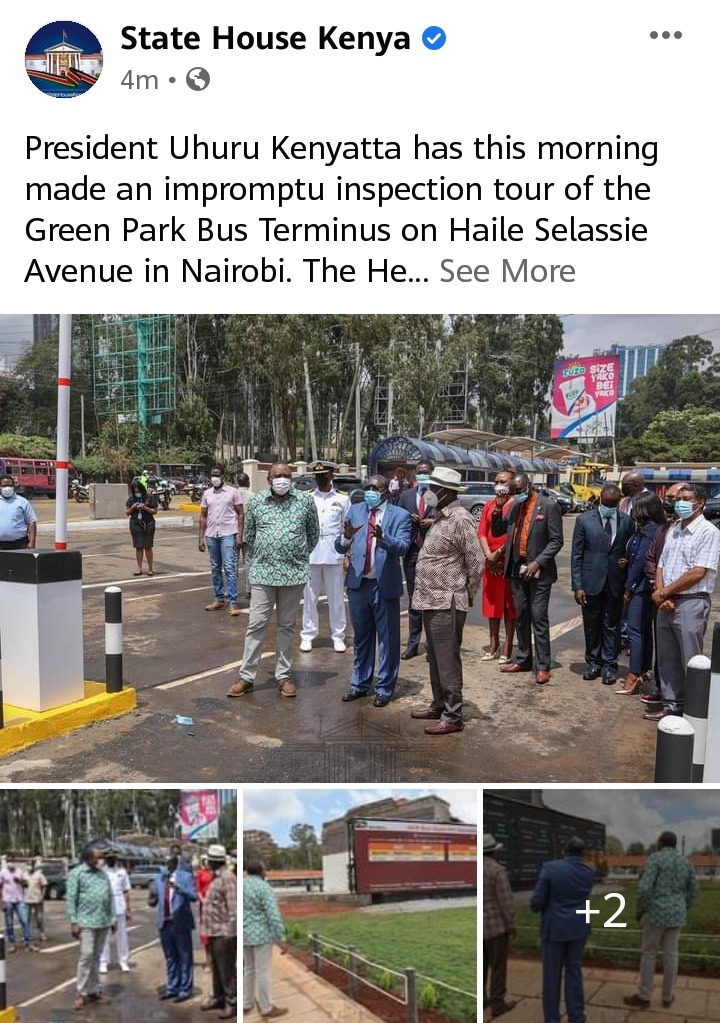