By KrimeExpert (self media writer) | 20 days ago

A number of police officers have allegedly stopped a number of officials from the United Democratic Alliance Movement in Masimba, Kisii County from opening their party offices within the region.

In a video that has been shared by a reliable source of information, a number of police officers could be seen within the region trying to stop several UDA members from making their way through the location where they were supposed to be opening their offices.

According to the reports given by some of the members of the UDA, they revealed that they were blocked by police officers who stopped them by standing on their way in order to stop their movements towards their destination.

However, a number of politicians along with residents from Kisii town have called out the deputy president of Kenya, honorable William Ruto along with his main blogger Dennis Itumbi.

In their latest remarks, both William Ruto and Dennis Itumbi have continued to attack the interior Cabinet secretary, Dr Fred Matiangi accusing him of several things and for this reason, several leaders from Kisii called them out wanting them to respect Matiangi.

This is happening at the same time when a number of politicians who are allied to the deputy president of Kenya, honorable William Ruto have accused the government of allegedly trying to sabotage UDA party in different ways.

While reacting to this incident, kenyans who expressed their opinions and suggestions on the matter have accused the government of being biased due to the fact that they are allegedly one sided.

According to the reports given by most Kenyans, they claimed that In most cases, most of the United Democratic Alliance party meetings among other things are often stopped with the excuse of trying to reduce Covid-19 infections in the country despite the fact that other politicians continue to hold meetings all around. 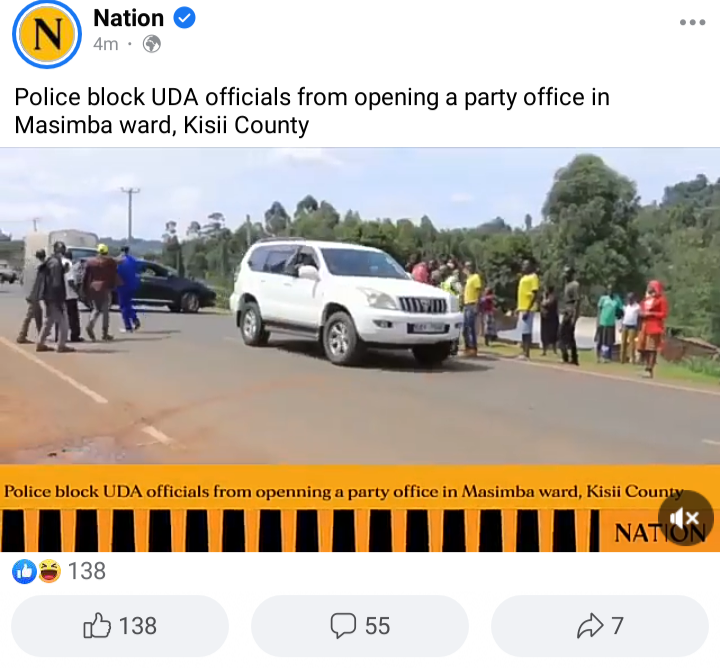