By KrimeExpert (self media writer) | 7 days ago

A deadly accident involving a police vehicle and a personal vehicle has left a number of passengers nursing serious injuries. 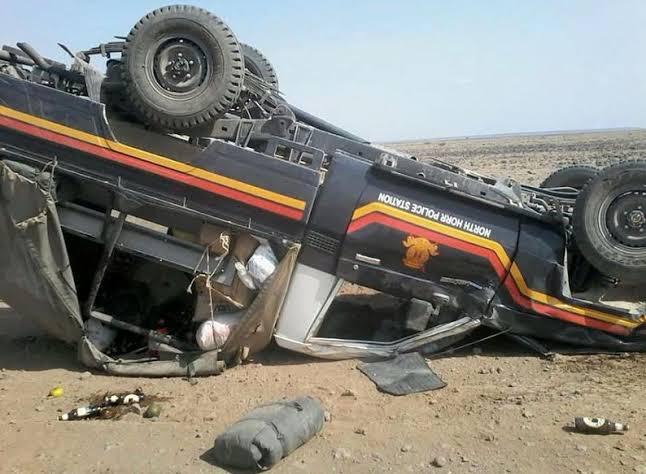 In a news report that has been shared by a reliable source of information, it has been revealed that the police officer who is currently receiving medical treatment in one of the hospitals in Gilgil was allegedly heading to an unknown location before the accident.

Further Reports have revealed that the accident occurred after the officer who was behind the wheels allegedly made a wrong turn in attempts to avoid hitting a pothole that was in the middle of the road.

His move was followed by a dramatic scene after his vehicle allegedly collided with a private vehicle that had several occupants in it. According to the reports given by the source, both vehicles allegedly rolled several times before coming to a stop.

In the latest update on the incident, it has been revealed one of the police officer who was in the vehicle was rushed to the hospital after sustaining head and feet injuries.

At the same time, several passengers who were on the other vehicle were also taken to the hospital with different injuries except for an elderly man who is reported to have succumbed to his injuries on the spot.

Releasing a statement after the incident, Police officers from Kisii police station have revealed that they are already investigating the incident adding that the two vehicles that were towed to the police station are currently in their custody.

This is happening at the same time when the National Transport and Safety Authority has urged Kenyans to follow all the traffic rules and regulations set up by the ministry of transportation. According to the reports given by the NTSA, they revealed that the major cause of accidents in Kenya is due to recklessness among drivers. 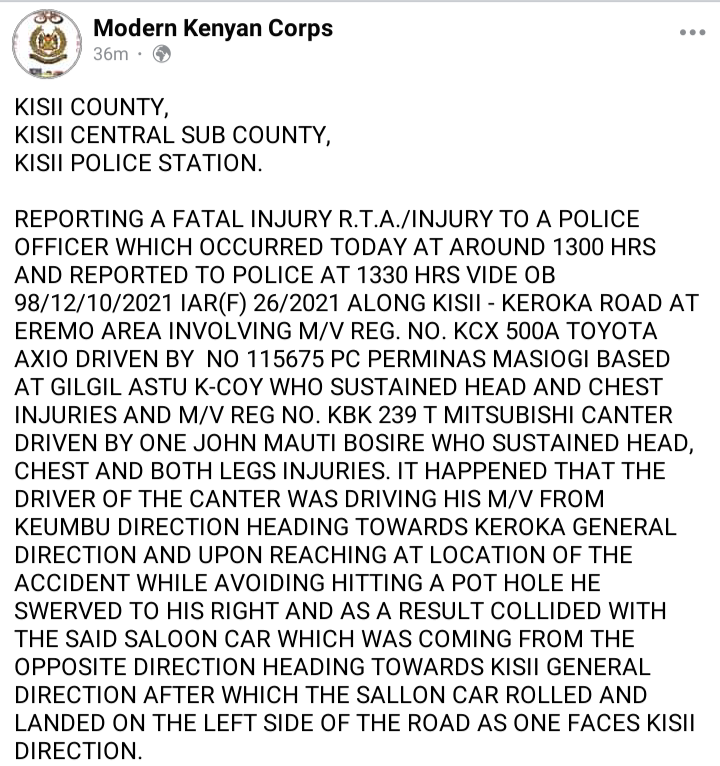