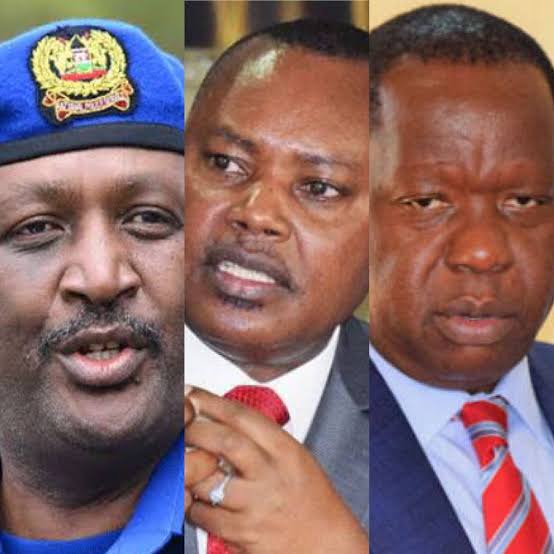 Cabinet Secretary, Fred Matiangi, who is incharge of Internal Security, DCI Kinoti and the Inspector General of police received a stern warning from a vocal human activist Boniface Mwangi. Mwangi claimed that he woke up wondering if CS Fred Matiangi, DCI Kinoti and Inspector General of the National Police Service, Mutyambai ever concluded their investigations on Police officer Samir Yunus.

Over 20 female officers filed complaints of defilements. Where is Samir Yunus? He asked. He asked if there are more ladies who are Samir's survivors. He told them to update him on their cases so that an appropriate action can be taken.

It was earlier reported that female police officers had been undergoing harassments, threats and intimidations. Female polices officers said that they are molested by senior police officers in all stations. They revealed one officer by the name Samir Yunus and said of how he forces them to sleep with him.

However, Martha Karua reacted to these sad news and demanded answers from The security officers. In her statement she stated that she demands answers from Matiangi, Mutyambai and Kinoti. 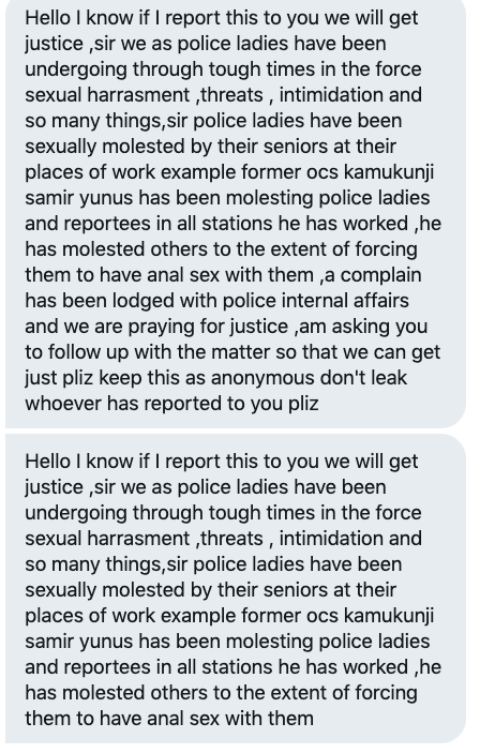 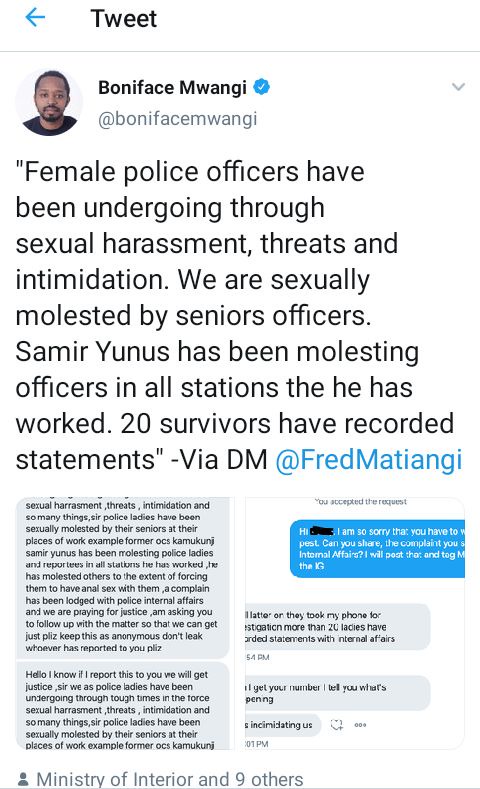 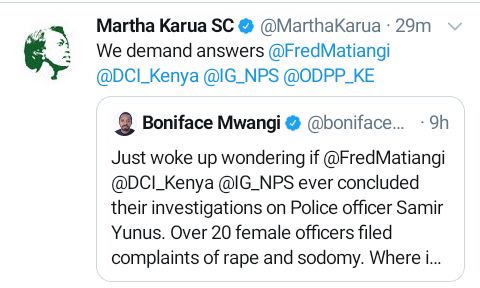