By @Omunyala (self meida writer) | 9 days 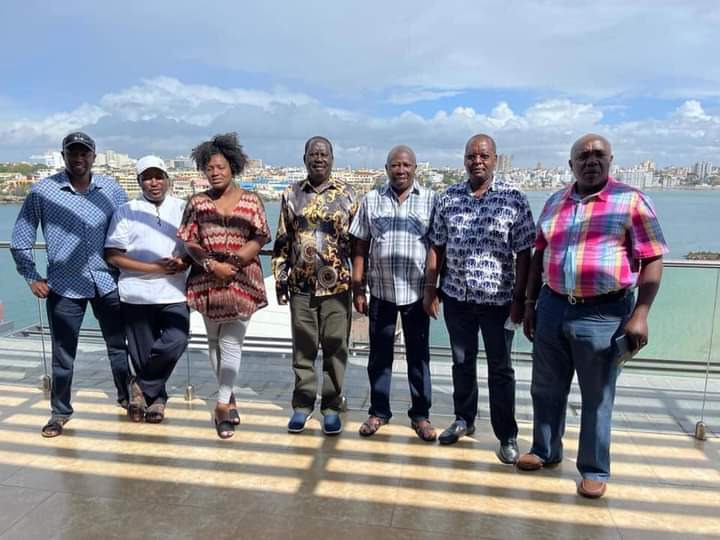 After a public uproar over poorly taken pictures of Orange Democratic Movement (ODM) Party leader Raila Odinga while in the coast, the party Director of Communications Philip Etale has now apologized.

On Wednesday, blur picture of the former Prime Minister with a section of leaders from the Mt. Kenya were shared online.

The picture went viral with many Kenyans asking the type of camera or phone being used to capture the ODM leader while in functions.

According to political commentor Gordon Opiyo who blasted the party for not hiring professional photographers, the pictures are taken using Etale's phone.

Hours after receiving comments, texts an WhatsApp messages and even calls, Etale has now responded.

Taking to his social media platforms, Etale said that he takes the full responsibility over the poorly taken picture.

However, he pointed out that such a mistake will never happen again as he will fix it all.

"Ladies and gentlemen, a good and progressive person listens to concerns and takes criticism positively. Today, there was a high profile meeting involving my boss HE Raila Odinga in Mombasa that had poor photography. I have received many texts messages both in form of SMS, on WhatsApp and on messenger, and phone calls over the same. As one of those charged with ensuring good image, I take responsibility and apologize for that. I promise it will not happen again. Please forgive me. God Bless you all," wrote Philip Etale. ODM has been under fire from political commentor, Gordon Opiyo, who has called on the party to be professional photographers and social media bloggers.

In his sentiments, Opiyo said that some ODM blogger are very bitter just because they are not being paid.

He asked the party to account for the Ksh. 500 million given to them yearly, which is supposed to cover such issues as paying bloggers and professional photographers.

Content created and supplied by: @Omunyala (via Opera News )