Governor Alfred Mutua Remarks Amid His Relationship Drama With His Ex

By KrimeExpert (self media writer) | 25 days ago

Machakos Governor, Honorable Alfred Mutua has shared a cryptic message on his social media accounts a few hours after the former first Lady of Machakos, Lilian Nganga accused him of allegedly going after her and her friends after their break up. 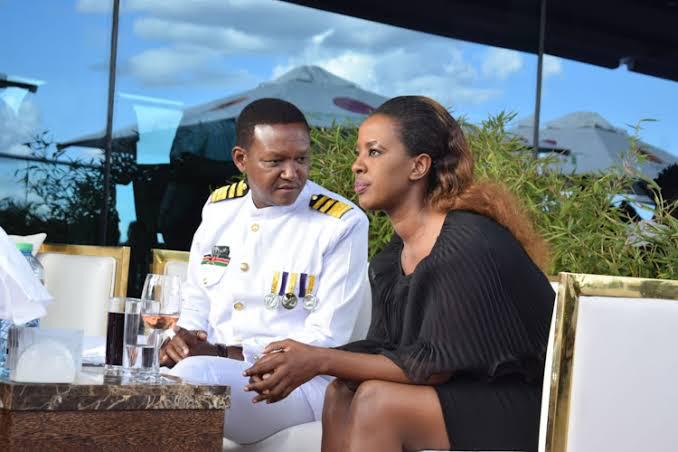 At the same time, Ng'ang'a said that she and the governor had agreed to end their relationship amicably adding that she was not legally married to him despite the fact that they were together for almost 10 years. In her own words, she said that they were long term partners and didn't live as husband and wife.

Lilian who accused governor Mutua of wanting to Kill her along with her friends has said that he has allegedly seized most of her belongings for unknown reasons. In her own words, she said that Governor Mutua has been following her after they made they break up public.

While reacting to her remarks, kenyans have called her out wanting her to return each and every thing she allegedly acquired from the governor due to the fact that she openly denied that she was married to him. For many kenyans, they claimed that it was so unfortunate that she wanted to keep all these despite the fact that she was not entitled to them.

In his own side, Alfred Mutua who is currently enjoying himself in the United States of America has called upon kenyans urging them to love each and every one. In his latest caption, he said that loving everyone brings a inner peace. 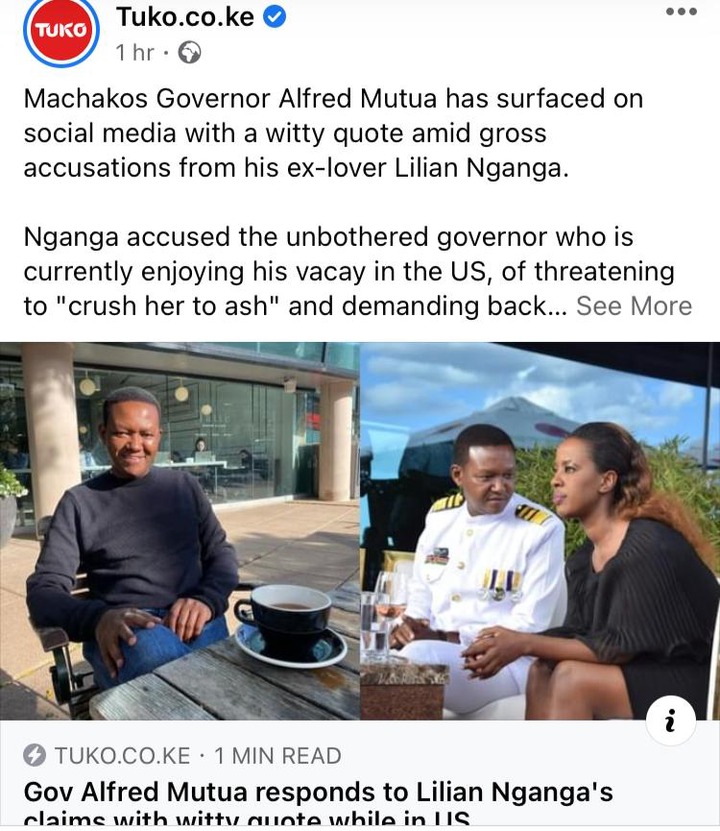