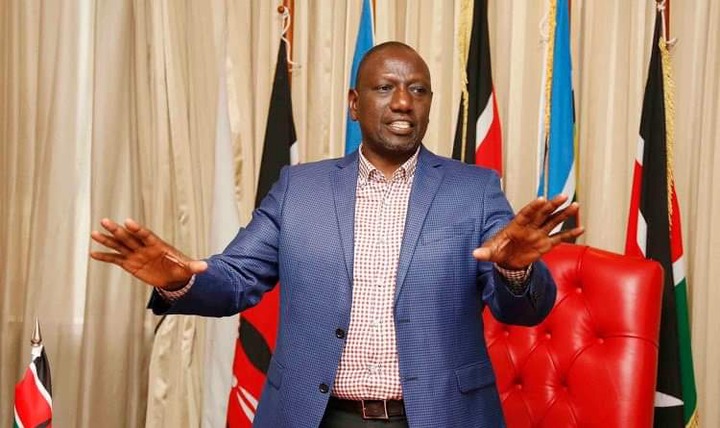 Blogger Robert Alai has come under heavy criticism from a section of netizens after he claimed that deputy president William Ruto always abadons his people when they are in trouble.

According to Alai, the former Prime Minister Raila Amollo Odinga is way better than the deputy president William Ruto who has never given his supporters even s single holiday but his supporters are in total loneliness.

Robert Alai has claimed that Raila Odinga is always the best man who stands with his people at all times. The best examples being when his allies and political foootsoldiers are arrested by the State.

"There is NOTHING Ruto is doing which Raila hasn’t done better. Ruto can’t even give Kenyans holiday. See how Ruto’s associates are spending days in lonely police cells. Raila knew how to stand with his people. Ruto abandons them when charged. Mta shangaa."Robert Alai. 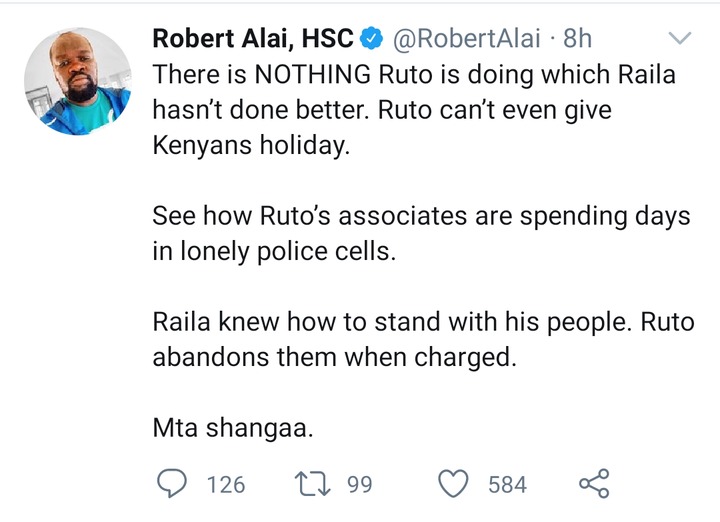 This comes at a time when the deputy president William Ruto has remained quiet despite his ally and former Nairobi county governor Mike Mbuvi Sonko faces various charges against him in different courts in the country.

In a record three days, the firmer embattled governor has been presented to three different courts including a court inside the Kamiti Maximum Prison where he was charged with terrorism and activities that are linked with the crimes.

In Kiambu, he is facing serious crimes that have seen him being linked to crimes including those that are against human rights by invading people's property while the governor of Nairobi County. 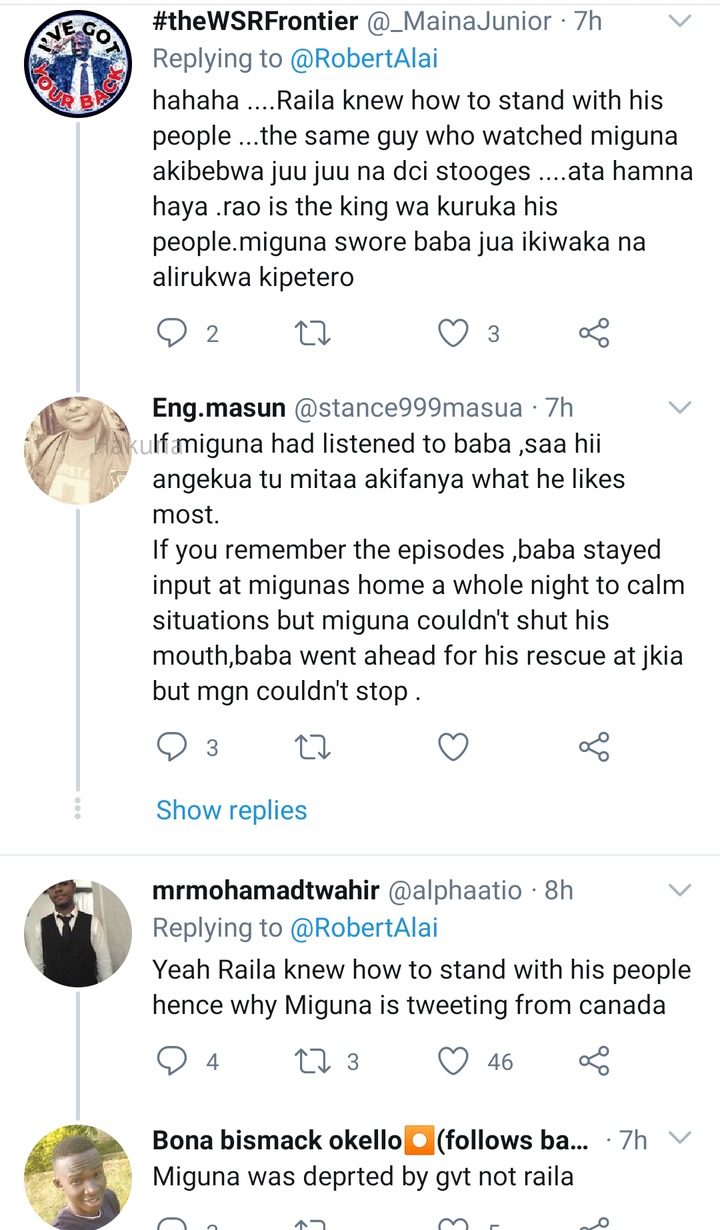