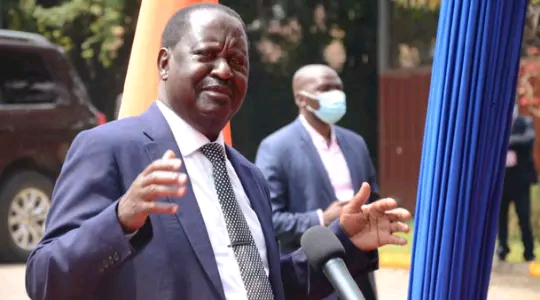 The ODM leader passed his congratulatory message to Samia who became Tanzania’s sixth president after the swearing in ceremony held at State House Tanzania. The former prime minister said that history was set in the East Africa region after the event .

"History has been made this morning in the East Africa region. Congratulations Samia Suluhu Hassan on taking office as the first female President of Tanzania. Mama Ida and I pray for your success in the great task ahead of leading your people and strengthening historic ties between our nations," Odinga said in a press statement.

The ODM leader who was a close friend to the late President Magufuli had on Thursday called for a peaceful power handover amid speculations that there was an attempt not to follow the constitution and hence bypass. 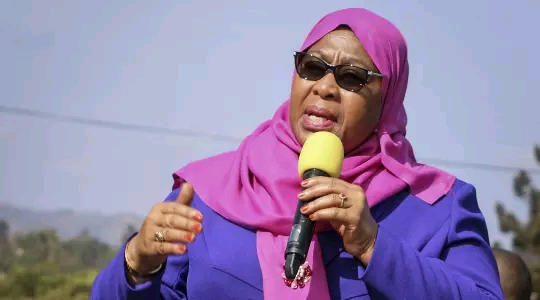 President Suluhu has taken over to the presidency of Tanzania after the demise of President Magufuli who passed on due to what was described as heart complications at Mzena Hospital, Dar es Salaam on Wednesday March 17.

Magufuli’s former vice president will now complete the remainder of the term for the unexpired period of 5 years that ends in 2025 and will still be eligible to run for another term under the Tanzanian Constitution. The swearing in ceremony which was attended by top government officials including the former president Jakaya Kikwete.

"I, Samia Suluhu Hassan swear to fulfill my duty as the President of Republic of Tanzania, Oh God help me," she swore.

Immediately after her swearing in, President Suluhu inspected the guard of honour as the new Commander in Chief of the Republic of Tanzania. Addressing the nation, she announced that the late President would be buried in Chato Town,Tanzania on Thursday March 25, 2021.She declared the day to be a national holiday.

However , the body of Magufuli will be viewed Starting on Saturday March 20 in different regions starting from Dar es Salaam, Dodoma, Mwanza, and Chato, Geita where he will be laid to rest. The new head of state passed her condolences to the whole nation and especially to Janet Magufuli, the wife of the deceased.

According to Tanzania’s English Newspaper the Citizen , a high-level meeting of Chama Cha Mapinduzi’s Central Committee will convene after the swearing-in ceremony to pick a new vice president. 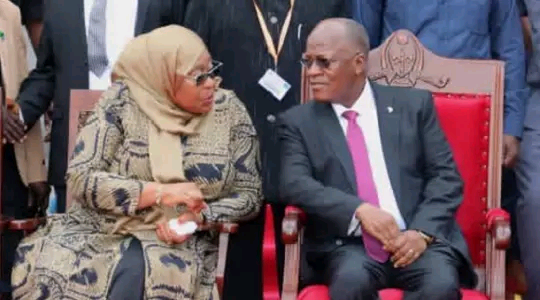 Suluhu was born in the Sultanate of Zanzibar on January 27, 1960. She is married to Hafidh Ameir, a retired agricultural officer. Together they have 4 kids; 3 sons and a daughter - the daughter is also in Politics. Self-exiled Tanzanian opposition leader Tundu Lissu has exuded confidence that the country’s new president.

Magufuli’s death continues to remain a controversy with his cause of death being contested. According to a report by government officials, the president died due to heart attack. However, opponents say he died from covid-19 complications.